Elephant poaching for the Ivory trade is rampant for years, giving a massive toll on the elephants and the environment. Awareness was raised, and concerns about the giant existing land animals and Ivory trades are stopped. But still, there are thousands of elephants killed for ivory despite banning such extensive transactions.

An alarming number of deaths from poaching might lead to elephant extinction. It will also affect our environment, for elephants has a role in the ecosystem.

Why is there elephant poaching, and why does the trade of ivory lead elephants to their death? When did such poaching start? These questions are going to be answered as read further. 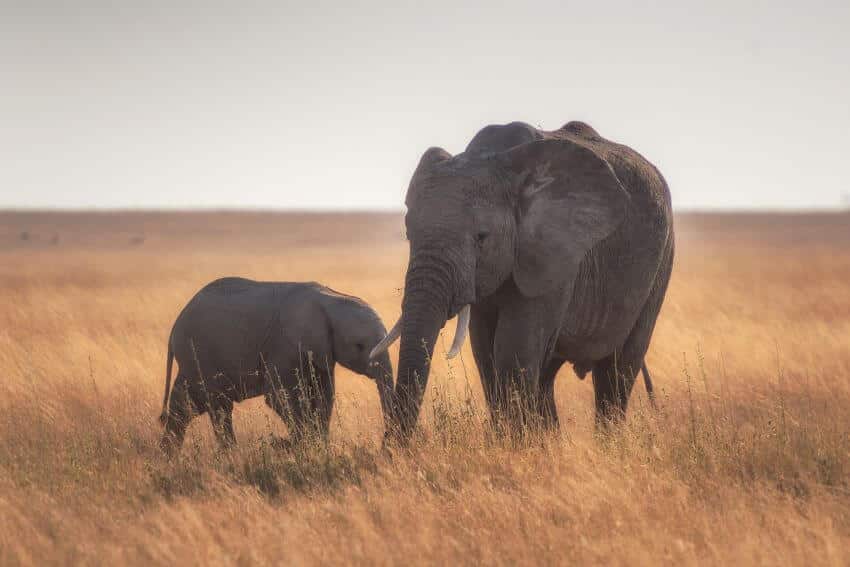 Demand for ivory, particularly from China, Japan, Vietnam, and Thailand, where it is valued for decorative and Ornamental purposes – saw a dramatic upturn in the 1970s.

With this came a significant increase in ivory poaching, with 80% of the market being supplied by illegally poached ivory hunted by well-organized outfits armed with automatic weaponry.

Consequently, wild populations of African elephants have been decimated to meet the high demand, fuelled by the high financial rewards being offered to ivory poachers and traders alike.

While female (and even some male) Asian elephants do not have tusks and are therefore of little interest to poachers, African elephants of both sexes sport tusks, making them primary targets for ivory poachers.

However, ivory from Asian elephants is purported of higher quality, making tusked specimens vulnerable to poaching.

To curb the slaughter of elephants, CITES (Convention on International Trade in Endangered Species of Wild Fauna and Flora) initiated a ban on the international trade in ivory in 1989. This initially eliminated some of the major outlets, and as a result, elephant populations started to recover in some regions.

However, wildlife management is typically a low priority for many African countries. With the authorities lacking the equipment, workforce, and financial resources to combat poaching, this continues to be an ongoing problem.

In addition to being poached for ivory, elephants are targeted by poachers for bush meat and their hides. And also, they are frequently killed due to conflict with human settlements.

According to the WWF, habitat loss is considered a huge threat to the long-term survival of the African elephant. It is as much of the existing areas are inhabited by elephants.

Inhabitants that fall outside protected natural areas are threatened by a rapid expansion of human settlements and agricultural lands.

This poses the threat of habitat loss as forest ecosystems are cleared for agriculture and human settlements. Ultimately, it also results in conflict as elephants damage crops and villages and endangers human lives when they stray into areas in their range that become inhabited by humans.

As human populations in the area are steadily rising, this population growth will only exacerbate habitat loss and the potential for conflict over time, as elephants get pushed into an ever-decreasing range.

According to the African Conservation Foundation, it is conservatively estimated that more than 25,000 African elephants were killed in 2011 alone, with the poached ivory smuggled into Asian countries, where it is carved into ornamental artifacts.

Fetching between $750-$7000 per kilogram, depending on the quality of the product. Ivory is considered a good investment by China’s affluent citizens, who refer to it as ‘white gold.

While the highest levels of poaching stem from central Africa, poaching is steadily increasing across all African states. It is widely believed that trade in illegal ivory funds terrorist networks, rebel militia, and organized crime syndicates, who use the money generated to fund wars, as well as criminal and terror activities.

These syndicates are well organized, often using intermediaries to hire local trackers’ services and source weapons and equipment from corrupt authorities, which they then use to kill entire herds of elephants so they can poach their tusks.

The African Conservation Foundation reports that elephants are typically killed by heavily armed gang poachers, making it increasingly difficult to combat poaching activities. Some of the horrifying statistics include:

More recently, poachers have adopted innovative measures, including cyanide to poison salt licks and ultimately water holes to kill elephants. Nearly 100 elephants have been poisoned in the latter part of 2013 in Hwange National Park, Zimbabwe.

This method not only wipes out whole herds of elephants but also indiscriminately kills non-target species. It has a huge ecological impact that continues to decimate elephants and other wildlife well into the future. Clearly, this rampant slaughter is unsustainable.

As heavily armed rebel forces and terrorists are increasingly carrying it out. It can only be effectively combatted by armed military personnel trained and equipped to literally go to war against these poachers.