There are infinite reasons why we ought to care about climate change as human beings. In fact, we don’t even have much of a choice. Read more to see why?

The alarming rate of climate change has put the future of our planet on the line. The natural system and the various organisms living in it, including us, are finding it hard to adapt to these substantial changes. It’s, therefore, incumbent on the current generation to start taking action now while there is still time to limit the irreversible impact of climate change.

And although the climate crisis may feel abstract to some, or may appear like a problem for future generations to tackle, the effects are already with us. The things we care about, such as the people we love, material possessions, and even our very lives are at risk.

If this situation is not mitigated, it will have a direct negative impact on the quality of our lives. It will adversely affect the things that we enjoy and have been taking for granted.

This leads to our fundamental question; why should we care about climate change? 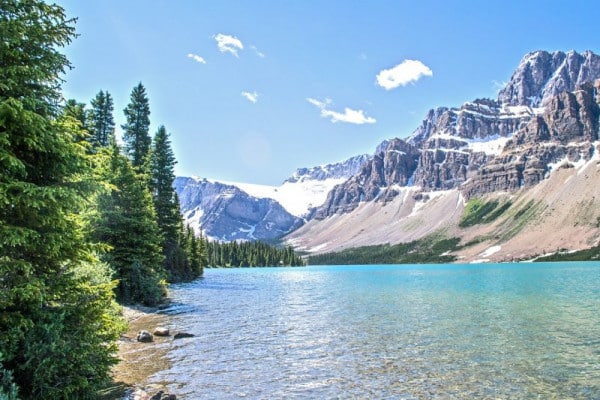 Here are a few reasons why we should care about climate change:

Climate change has led to a rise in global temperatures. As a result, the ice in places such as the Arctic, Greenland, Antarctica, and on mountain tops is melting fast and draining more water into the oceans. This in turn has led to a rise in the sea level, which puts coastal cities and towns at the risk of flooding.

In the recent past, coastal cities around the world in places such as Japan, the US, Indonesia, and the Caribbean Islands have seen devastating floods and storm surge.

And with a significant world’s population living at or near the coast, many people and property stare at a bleak future. The cost of flooding of coastal cities is extraordinarily high both in terms of the lives lost and the financial losses that follow.

Remember, this is a problem that will be experienced worldwide as the oceans are interconnected in one way or another. Rising sea levels also mean that water will start encroaching on land that is already occupied by people. This will force people to relocate and increase pressure on the already overused landmass.

For example, in 2016, five of the Solomon Island’s were swallowed by water because of the rising sea levels. And in 2018, one of the islands in Hawaii was completely immersed in water when a hurricane struck the region.

Statistics show that 19 of the 20 warmest years in recorded history have all occurred in the 21st century. Sea ice is shrinking at a rate of 13 percent every ten years. In addition, the frequency of floods is projected to increase across the world and this will affect millions of people and lead to billions of dollars in losses.

This is certainly a call for worry, and one of the main reasons why we should care about climate change.

The climate pattern is very critical because it dictates where farming can take place. So when climate change occurs, it affects farming activity and productivity posing a big threat to food security.

The production of crops that are very sensitive to temperature changes is already reducing due to global warming. For example, there is a substantial decrease in barley production. Higher temperatures and lack of water have also contributed to change in the quality of some grape varieties.

There is also a high likelihood of coffee shortages because climate change has caused the reduction of the area suitable for its production. Weather changes have also led to increased pest attacks as seen during the locust invasion early this year in some parts of the world.

As if that’s not enough, climate change significantly affects the availability of water. The UN projects that over 60 percent of the global population will not have enough water for consumption by 2025, due to climate change activity among other reasons.

3.     Occurrence and Spread of Diseases

Climate also plays a major role in the occurrence and spread of diseases. Changes in temperatures and precipitation patterns, for example, are a major cause of deadly insect-borne diseases.

As global temperatures rise, disease-causing insects such as mosquitoes spread beyond their current habitats. And, they lead to the spread of malaria, dengue fever, Zika, and the West Nile virus among other diseases.

Climate-sensitive diseases will continue to worsen with the prevalence of extreme climatic and weather events. Studies indicate that the risk of contracting malaria was five times higher the year after the occurrence of El Nino. Some scientists also attribute Ebola outbreaks to climate change.

The increase in unexpected and extreme weather events such as dry seasons followed by heavy rainfalls have always coincided with the outbreak of Ebola.

This is because these weather events create many opportunities for animals and human beings to interact, competing for resources. As a result, this causes animal diseases to jump between species infecting human beings.

The United States Agency for International Development published a study that established that around 75 percent of new or re-emerging human diseases since the turn of the 21st century, have come from animals. These diseases include the avian flu, SARS, and even the H1N1 flu.

This means that humans are increasingly coming into close contact with wild animals, which may carry infectious. 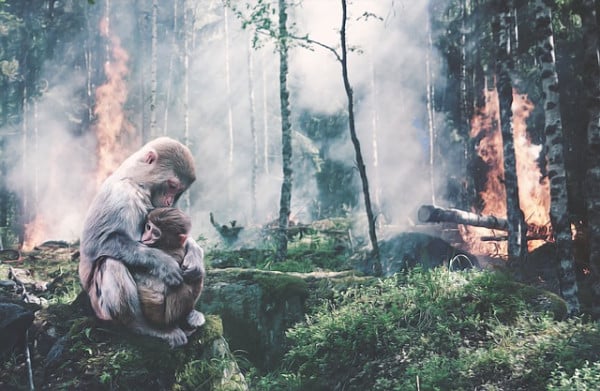 Scientists have warned that the rise in temperatures because of climate change is behind the surge in wildfires and drought.  And the fires are becoming worse.

Currently, the prevalence of wildfires has tripled and the wildfires are taking three months longer than they would, a few years back. This results in the destruction of areas that are two times larger than in previous years.

And even though some of these fires are blamed on human carelessness, the rise in temperatures has caused an increase in evaporation making the ground and vegetation in forests drier. That is why forests today burn easily and faster than ever before.

As the moisture from the ground evaporates, the soil and vegetation dry up making vegetation more susceptible to wildfires. The water and snowpacks in forests are also drying more quickly, meaning that forest vegetation now stays dry for longer periods.

The changing precipitation patterns are also driving rain away from areas that are susceptible to wildfires such as Australia, the Amazon, and even California. This wildfires’ surge leaves the local populations devastated, and we expect the human, material, and financial impact to increase. That’s, especially if nothing is done about the situation.

5. Loss of Precious Habitats and Ecosystems

The reduction in favorable habitats for animals has a strong correlation to climate change. As their habitats get destroyed, the populations of game species have started to decrease dramatically over the years. Climate change has also made it difficult for animals to obtain food and has also pushed humans into animal territories.

From forests to arctic areas, rivers, and lakes, there have been tremendous changes that affected the ability of animals to survive in these environments. For example, climate change in the Arctic has led to the melting of mountains and sea ice.

This is affecting polar bears so much to the point that they are typically starving to death. If the current loss of sea ice continues, only a third of the global population of polar bears will remain by 2050.

The Great Barrier Reef is another marine habitat that is being threatened by climate changes. Located in Australia, it is the world’s largest coral reef and contains over 400 species of coral. The increasing temperatures and rise in water acidity are depleting the coral reef fast.

If this continues at the current rate, 95 percent of the reef will have disappeared before the end of this century spelling doom for the marine ecosystem. Another classic example is the Amazon, which is home to a tenth of all the known species on Earth.

Over a third of the Amazon rainforest is under serious threat due to climate change. 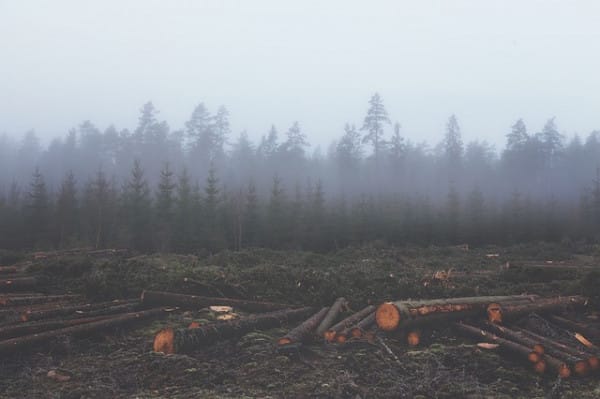 The Center for Climate and Energy Solutions reports that the globe is getting hotter leading to hotter days and fewer cold days. In the last 10 years, there have been twice as many hot days compared to the 1950s.

This explains why heatwaves have become more common and more intense. These heatwaves pose a great threat to people and natural ecosystems.

Extreme heat has been identified as a leading cause of weather-related deaths globally. It is reported that between 1998 and 2017, there were over 166,000 deaths caused by heatwaves. This represents a 20 percent increase compared to the previous decade.

The National Oceanic and Atmospheric Administration, in the United States, classified heat waves among the four deadliest disasters since 1980.

The quality of the air we breathe has been compromised by climate change that is caused by human emissions. The air in the atmosphere is polluted and is, therefore, not safe for breathing. Hotter temperatures also cause air stagnation affecting the dispersion of pollutants.

This explains the prevalence of respiratory infections such as asthma and lung disease especially in children and the elderly.

Air pollution also causes heart and lung complications. Many urban cities such as Beijing and Tokyo are grappling with the issue of air pollution. This has even been declared a public emergency issue in many countries.

The rainforests, also known as ‘the world’s lungs’, such as the Congo Basin and the Amazon, are also depleting fast. This is limiting the planet’s ability to deal with greenhouse emissions.

As a result, most of these poisonous emissions end up in people’s respiratory systems posing a great danger to their health.

Climate change is a problem affecting everyone irrespective of where you live. Already the effects of climate change are being felt globally. This includes extreme weather events, food and water shortages, the spread of infectious diseases, and the loss of precious habitats.

Not taking stringent measures, is playing a dangerous game with climate change, and our kids’ future is at risk. Therefore, everyone must play a role in tackling climate change for the betterment of the planet’s future. To consider sustainable living and patronize eco-friendly products even enjoy sustainable gifts.

And, if the above reasons are not enough to make us care about climate change, I don’t know what will.