While they seem to enjoy big life and fame, some celebrities are also making a great difference in the world. This list of celebrity environmentalists paints a completely different picture of the men and women in the limelight.

Besides appearing on the overrated Red Carpet, posing with expensive cars, or holding unending parties, some celebrities also do some great things for society.

Their huge fame also comes with a great deal of influence, and many of them are using it for a good cause.

While some are great advocates for human rights, gender equality, and proper governance, a good number of them are fighting the ultimate fight – environmental preservation.

With environmental degradation on the rise due to human activities, and climate change threatening our mere existence, more celebrities are joining the fight.

Together with other environmental leaders from around the world, our celebrities are doing a great job to advocate for a greener tomorrow.

Today, we look at some of these celebrity environmentalists and what they are doing for the environment.

Well-known for her courage and determination, which saw her travel from England to Tanzania in the 1960s, Goodall is the typical environmentalist who became famous for it.

At around 24 years, Goodall ventured into the Chimpanzees’ world and has been a great advocate for animal welfare and environmental conservation since.

The 86 years old English primatologist come anthropologist has for over 60 years been studying chimpanzees, and she’s considered one of the world’s top experts in that field.

As the founder of “the Jane Goodall Institute, and the Roots & Shoots programs,” Jane has seen various sustainable development projects in Africa.

She even became the UN Messenger of Peace in 2002 and is also a member of the World Future Council.

Although she never started as a celebrity, her works towards the environment and animal welfare, placed her among the world’s famous environmental celebrities. 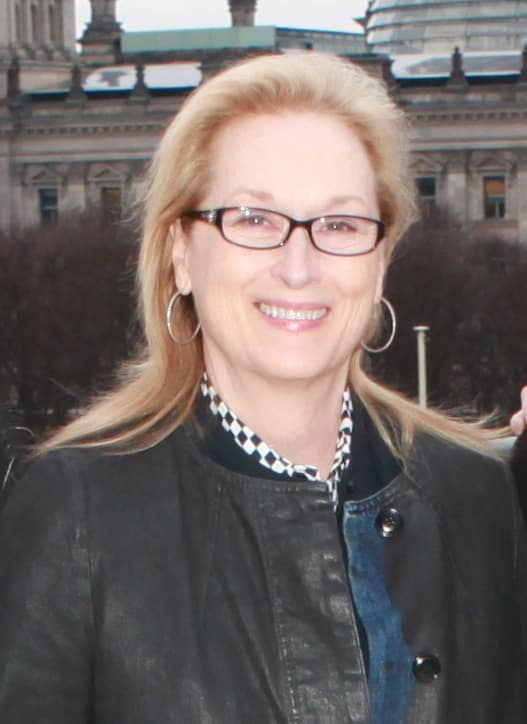 Meryl Streep is one of the famous eco-friendly celebrities who have, for the longest time, advocated for environmental preservation.

Her activism started way back in the ’80s when she began pushing for environmental issues awareness by the Natural Resource Defense Council (NRDC).

One of her famous activism activities was creating the “Mothers & Others Campaign,” after the publication of the infamous Alar report by the NRDC. This was to rally Americans behind the fight for the introduction of more stringent pesticide standards.

In her interview with Wendy Gordon, the American actress said that she became conscious of how our actions always produce a later outcome while feeding a baby. This way, she decided to try and start doing the right thing for better outcomes.

Bundchen is a Brazilian model, businesswoman, and activist who has also been featured in the list of the world’s highest-paid supermodels.

As a result of her dedication and work in ecological education and conservation, the supermodel has even crowned the “Best Green International Celebrity” in 2011, after she won the online competition.

Her enthusiasm for the environment started way back in 2004.

This was after seeing the challenges some tribes in India were facing due to deforestation and subsequent water pollution. Since then, she has been a strong advocate of environmental preservation, doing everything possible to create awareness on environmental issues.

She became the “United Nations Environment Program Goodwill Ambassador” in 2019 and has since supported numerous environmental preservation campaigns and programs.

She is one of the renowned celebrity environmentalists who use their influence to create awareness of climate change’s impacts on our world. 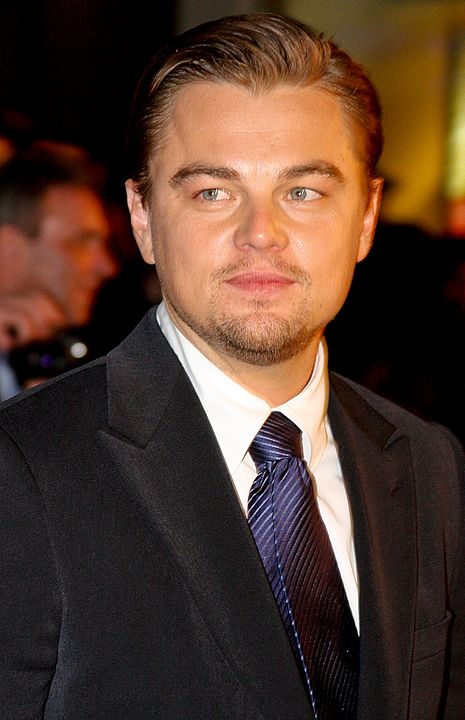 Famous for his role in the movie Titanic, DiCaprio has over the years proven to be more than just an actor. Apart from co-writing, producing, and narrating “The 11th Hour,” a global-warming documentary, the actor continued to do more.

Through the Leonardo DiCaprio Foundation, the celebrity is relentless in lobbying for various environmental sustainability issues such as:

His love for nature continued to be seen after he was featured in the “Before the Flood” in 2016. This is a climate change documentary, with Fisher Stevens as the director, and airing on National Geographic.

As DiCaprio put it during the 2016 European premiere, the documentary seeks to address the devastating impacts of climatic change on the world.

It also questions our ability to reverse what seems like the worst calamity in human life.

To crown it all, the actor has been a member of various environmental boards like: 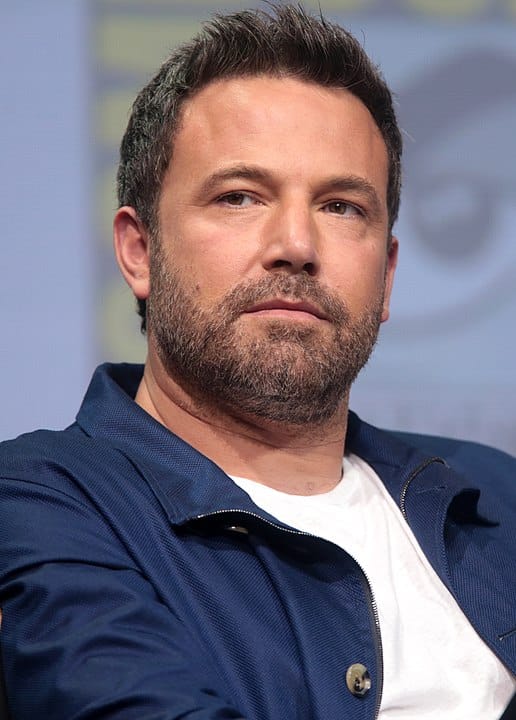 The famous American actor, producer, and philanthropist is a co-founder of the Eastern Congo Initiative. Together with Whitney Williams, they established the initiative in 2010.

This, in the long run, helps to better the lives of small farmers in Eastern DRC by offering both training and resources.

The actor also uses the initiative to increase public awareness and lobby for environmental policy changes here in the US.

Featuring among the most celebrated actresses of her time, Cate Blanchett also tops the most famous environmental activists’ list.

Her love for environmental preservation became quite evident after the “Greening the Wharf Project.”

With their influence at the Sydney Theater Company, Cate and her husband championed for running the Wharf Theatre on Green energy as co-artistic directors.

The project, which saw the installation of 1,900 solar panels in the Theatre, is the source of over 70% of electricity here.

And that’s not all. Pairing this with a rainwater harvesting system will, in the long run, turn into a fully carbon-neutral system.

The actress also influenced the reuse and recycling of costumes and props in the theatre. All these actions indicate what’s close to her heart – sustainability and environmental preservation.

Now, who doesn’t love this guy? And if you don’t even know him, you know his work. James Cameron is a filmmaker and producer, with his undeniable talent evident in some of the greatest movies.

If you remember “The Terminator,” “Titanic,” “True Lies,” or the “Judgment Day,” then you are much aware of his work.

Cameron notes that “by changing what you eat, you will change the entire contract between the human species and the natural world.””

Together with his wife, Cameron strongly advocates for a vegan diet and lobbies for the increased production of plant-based food.

He notes that less meat in our diets would alleviate climate change impacts. He is one of the few ethical celebrities that have walked their talk. 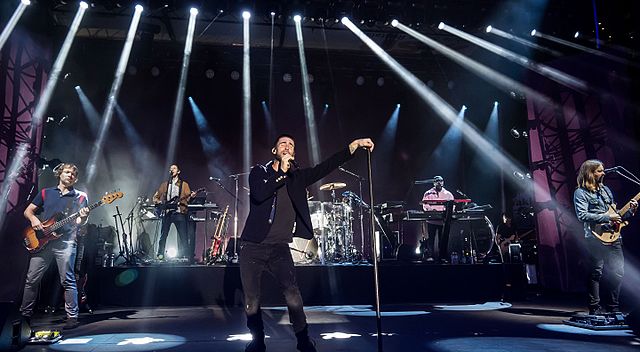 The Maroon 5 is a Grammy-winning band that has the environment in its heart. The band, which won the 2006 Environmental Media Awards, has committed itself to green tours. Since 2008, the band has been involved in various sustainable activities, programs, and projects, including:

The band is also a strong supporter of various green organizations like Kiva, Environmental Media Association, and Teen Impact. This, plus having performed on Live Earth, shows that the band is environmentally conscious and couldn’t miss a spot on our celebrity environmentalists list. 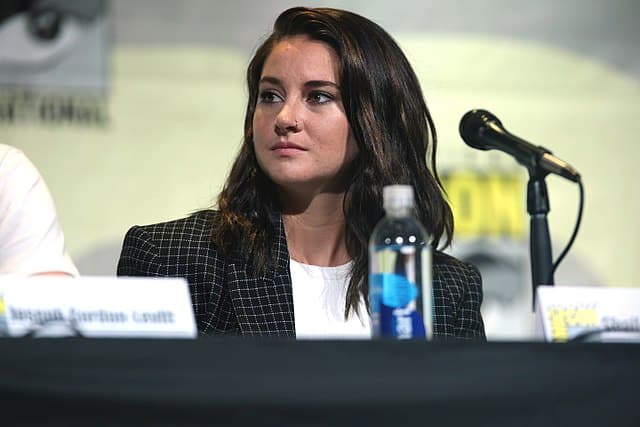 She is one of the famous celebrity environmentalists who have used their fame to make the world more habitable. Shailene has, for the longest time, been a passionate environmental activist and always working towards climate change awareness.

In fact, she is a co-founder of the “All it Takes non-profit organization.” This is a youth leadership initiative that helps create awareness among youths and urges them to practice compassion, responsibility, and empathy towards others and the environment.

As part of her activism, Woodley relentlessly protested against the underground petroleum pipeline, “the Dakota Access Pipeline.” This even got her arrested in October 2016 for criminal trespassing and got her one year of probation.

The Dakota protests, among many other activism activities, even earned the actress recognition from Environmental Media Association.

And to crown it all, the celebrity is now an Oceans Ambassador for Greenpeace, a title she acquired in 2019.

She is not just a celebrity but also one of the fearless female environmental leaders of this age. 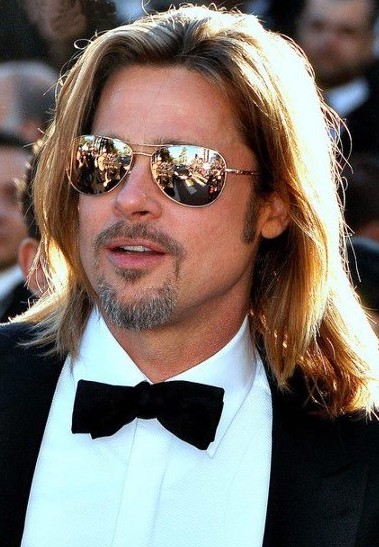 Besides being a multiple awards winner throughout his acting career, Brad Pitt also doubles as a passionate environmentalist. And to enable his goals towards environmental preservation, the actor founded the Make It Right Foundation back in 2006.

This foundation aimed to construct 150 affordable, environmentally friendly houses in New Orleans, which could also endure floods and strong winds.

This project saw the U.S. Green Building Council applaud Pitt for his zeal and determination that made “the largest and greenest single-family community in the world” dream come true.

The star made donations worth over $5 million towards the project and even more donations to many other environmental preservation programs.

See Related: Cool Animals That Start with the Letter X 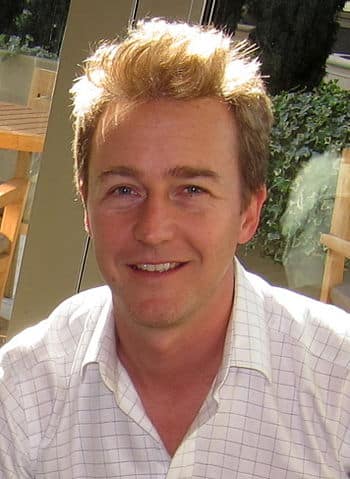 The movie star, who is widely known for his role in the “Incredible Hulk” movie, seems to flex his green muscles for an even greener purpose. With a father that is equally passionate about the environment, I would say it’s something that runs in the family.

As one of the famous celebrity environmentalists, Norton has made numerous strides towards sustainable living.

For starters, he is the voice in the 2015 “Strange Days on Planet Earth” documentary, a four-part documentary that aired on National Geographic. He also ardently advocates for renewable energy and even purchased a fully solar-powered home when he became a celebrity.

Besides that, he changed his car for a hybrid model as a sign of his green energy and sustainable living efforts. Back in 2003, in collaboration with BP Oil Company, Norton initiated a program to install rooftop solar panels on Los Angeles houses, a move that many residents embraced.

In 2010, he became “the United Nations Goodwill Ambassador for Biodiversity” and still supports various programs, including the African Wildlife Foundation. 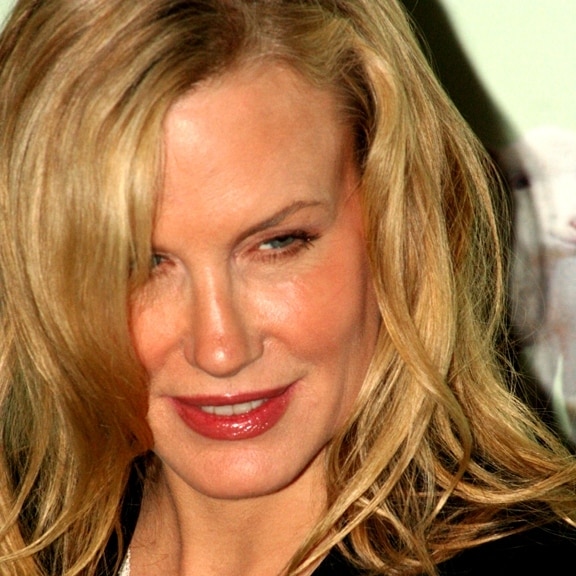 Born Daryl Christine Hannah on 3rd December 1960, the actress has featured in numerous films like “Splash” and “Kill Bill.” Besides being great on the screens, Daryl adores nature and advocates for its preservation vehemently.

When it comes to environmental issues, she never backs down. In fact, she has collided with law officers for this, resulting in her at least three arrests. The first arrest was in 2006 for the “23-day tree sit-in,” with the second one in 2009 for the protests against West Virginia’s mountaintop mining.

The second protest, in which James E. Hansen, one of NASA‘s famous environmental scientists, was also arrested, saw them charged with obstruction and impeding traffic. In 2011, she was again in cuffs after a protest near the white house opposing the suggested Keystone oil pipeline.

When she’s not on the streets protesting, Daryl runs DH Love Life, a weekly Vlog on green living. 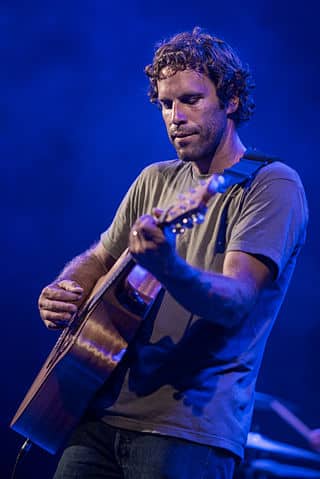 By Peter Chiapperino: a concert photographer in Lexington, Kentucky – Own work, CC BY-SA 4.0,

Jack Hody Jackson is a man of many talents. Famous for his soothing acoustic rock melodies, Jack doubles as a record producer, multi-instrumentalist, filmmaker, actor, and has even been a professional surfer.

But when you think you’ve heard it all about this great American talent, he does even more.

He is one of the most avid celebrity environmentalists who have made significant strides in fighting for an eco-friendly existence.

Some of his Environmental preservation works include:

When you think of celebrity environmentalists who have made significant steps in preserving our environment, Jack is undoubtedly on that list.