Why do we still have some people believing that climate change is fake at this age? Is there any hard evidence to support their claims? Well, let’s find out together.

While there’s more than enough evidence to support the change in global climates, many people still have a hard time believing that this is something to worry about.

Many believe that climate change is fake, and propaganda orchestrated by governments for their own selfish gains.

But is this true? Is climate change another hoax to try to control people or is it the real deal?

Well, for the longest time, scientists have had to come up with numerous facts and evidence, to discredit various claims by climate change deniers. For years, it’s been a cat and mouse game trying to figure out who is telling the truth – the scientists or the deniers.

Today, we will explore all facts and claims presented over the years, to try and make this thing clear once and for all! By the end of the article, you can decide for yourself, whether climate change is fake, or it’s a hard fact.

Why Do People Think Climate Change is Fake? 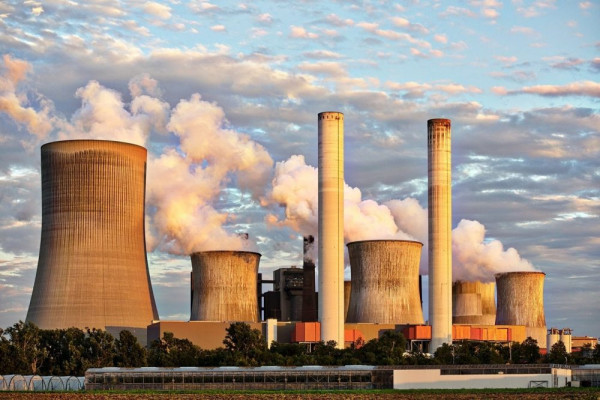 While some people dispute the existence of climate change and its effects on the planet, others believe it’s there, although not as serious as it’s made to seem. In fact, even some of the most respected figures around the world dispute its existence.

So what are the reasons behind this? Here are the main reasons that climate change deniers put forward for their stand:

1. Lack of Tangible Proof or Evidence

Despite all the scientific evidence that various scientists have presented, climate change opponents still argue that there is not enough proof. For instance, US President Donald Trump once told the public that climate change was not real as there lacked real evidence.

And, he is not alone. Numerous other comments like these have been made by various people around the globe. The US even exited the Paris Accords, an agreement entered by various countries in an attempt to alter their environmental practices for the better.

Some people even say that the existing scientific evidence is not real, but fake. They claim that this evidence is from corrupt scientists to help alter public opinion.

While some people have experienced the effects of climate change first-hand, others haven’t. This is one major reason why some climate change challengers think that the whole thing is a hoax.

For instance, it might be hard to explain that global climates have risen, in places where winter is never late or warmer.

If you’ve not experienced it yourself, you might tend to believe that it doesn’t exist. However, people living in places where rains have become scarce over the years might be quick to believe.

3. Lack of Trust in Science 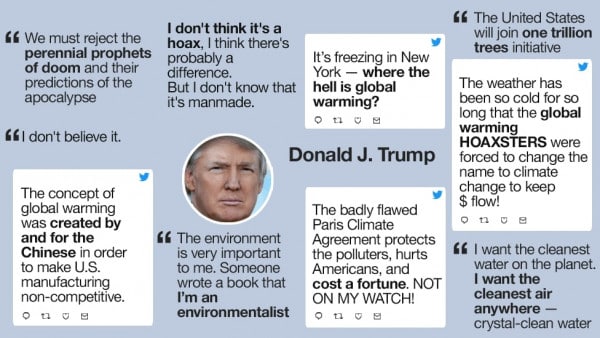 Since its science telling us that climate change is real, some people who don’t believe in science also don’t accept the evidence it offers.

Despite the extensive research done and facts provided, some people still believe that science has no place in the creation and control of the universe. A 2014 study showed that around 23% of Americans believed that there’s no global warming, while a whopping 54% don’t believe that it’s human-caused.

This is highly influenced by various high-profile climate change skeptics whose views are like the only truth for their followers. For instance, when politicians and high-profile figures go denying climate change publicly, it certainly makes some gullible people believe that it doesn’t exist.

4. Lack of Consensus Among Scientists on Its Cause

Since there’s no consensus among the scientists on the exact cause of climate change, some people tend to see it as fake. While there is evidence of the rising global temperatures, rise in the sea level, and melting of the Antarctic ice, there is no hard evidence of what really causes it.

Some scientists may pin this on human activities, while others tend to oppose it. For example, whereas pollution, deforestation, and over-mining are all known human activities that facilitate global warming, there are other studies that dispute this. Some even say that some animal extinctions like that of the dinosaurs, happened way before men ever existed –so how did our activities cause this?

The facts supporting climate change might be many, but until scientists can talk in one voice, there will always be these deniers.

Having rigid ideological views is another reason that might lead people to believe that climate change is fake. This is because they have their own beliefs and principles explaining the existence of every living and non-living thing, as well as every activity under the sun.

Making people with such beliefs believe in climate change or global warming might not be that easy. This is especially when they have a network of other believers reinforcing their faith.  As Renee Lertzman put it, “denial is a social phenomenon.”

He says that for someone to be in denial, they need others who are also in denial. And so, this should not be addressed as an individual issue, but rather as a social one.

Right from corrupt scientists looking for huge grants, the governments trying to inflict fear on the public, or organized groups like Illuminati, the deniers present so many conspiracy theories to prove that climate change is fake.

However, these are just claims, backed with no real evidence. The idea that all these scientists and research conducted over the years are meant to mislead the public, is even ridiculous. If climate change was indeed fake, wouldn’t we be seeing big oil corporations, who are the main producers of fossil fuels, offering huge grants for scientific research to prove the same?

Well, as we put it at the beginning; it’s all but an unfounded idea. Imagine some renowned world leaders like Donald Trump claiming that climate change was Chinese-funded. It’s even funnier than it’s absurd!

Hayhoe once said that when experts and leaders make certain statements, the public may take it as the gospel truth, even when it’s not. So, when the wrong information is fed to the public by these perceived high-profile figures in society, some part of the public falls for it. And that’s what we are experiencing currently with climate change.

People have been given false information and led to believe that climate change is fake.

How Do We Know Climate Change is Real? 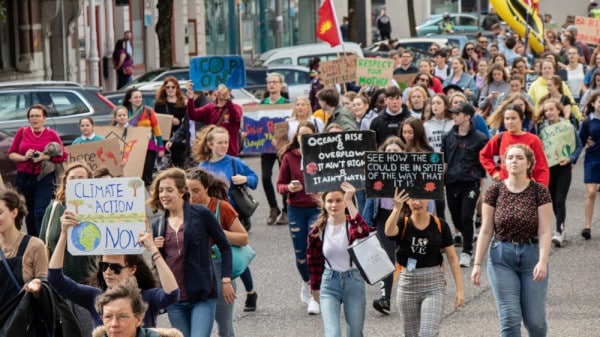 Over the years scientists have come up with numerous facts to see the deniers’ claims of fake climate change debunked. Research upon research has been made available to the public, to ensure that climate change and global warming skeptics don’t succeed in poisoning the public’s minds.

Let’s take a look at some of these facts and evidence of climate change:

Ever since 1880, scientists have been measuring the earth’s surface temperatures. This is usually conducted on different sites, both on the ground and the ocean.

Over the last century, these temperatures have significantly risen with changes of up to 1.14 degrees Celsius being experienced. According to studies, some of the warmest years occurred between 2014 and 2016, with the latter being the warmest.

In fact, almost 2/3 of 2016 experienced some of the warmest temperatures ever recorded. So, while some people might still think climate change is fake, the temperatures alone prove otherwise.

Just like the earth’s surface temperatures are rising, so are the temperatures on our oceans. Global warming caused by greenhouse gases is a major cause of temperature rises in these oceans. The upper part of the oceans, (around 100 meters) have experienced as high as 0.33 degrees Celsius rise in temperatures since 1969.

As the oceans absorb excess heat from the atmosphere and become warmer, many negative changes take place.  For instance, it affects the marine ecosystem and species living there. Things like coral bleaching lead to the destruction of natural breeding grounds for various fish and mammal species, as well as destroying their source of food.

Warmer oceans also mean less marine food for humans and an increase in disastrous events like tsunamis and diseases. 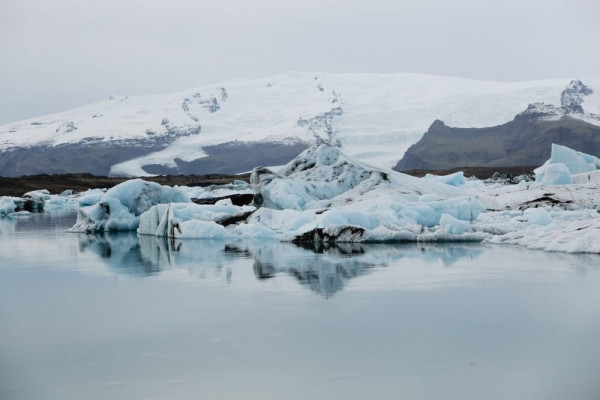 Over the past few decades, the Antarctic and Greenland ice sheets have continually reduced in mass. According to the “Gravity Recovery and Climate Experiment” by NASA, the Antarctica ice sheet has been reducing by over 148 billion tons annually from 1993 to 2019. Greenland ice sheet, on the other hand, have been reducing by around 279 billion tons annually, for the same period.

All this is brought about by increased temperatures, making the ice sheets less stable. As these ice sheets become unstable, they move towards the oceans, which in return raises the sea levels. It’s estimated that these ice sheets has led to a 14-milliliter increase in the seawater levels since 2013.

This refers to the continuous decline in the ocean water’s PH, resulting from higher uptake of CO2 from the polluted atmosphere. Excess use of fossil fuels is the main cause of high levels of carbon dioxide in the air, which is then absorbed by the oceans leading to acidification.

Since the start of the Industrial Revolution era, it’s estimated that the level of acidity in our oceans has gone up by around 30%. This is about 10.8 billion metric tons of carbon dioxide per year going to the oceans. And, it’s all because of human activities.

Over the past few decades, the world has experienced numerous extreme weather events. These include heat waves, floods, drought, heavy downpours, etc.

For instance, the US has in the last 50 years, seen a rise in these climate extremes such as extremely high temperature, droughts, and floods. In addition, the number of extremely low temperatures has seen a significant drop over the same period.

Events like wildfires and hurricanes have also been on the rise, all attributed to climate change and global warming. Since 2000, there have been ten major hurricane events in the US, with the most severe one occurring in September 2017, and killing 2,981 people. 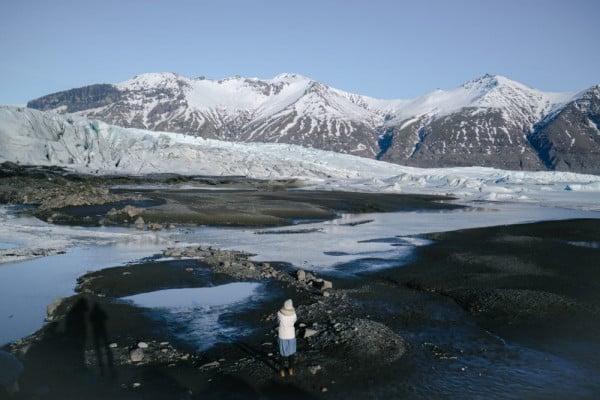 Glacial retreat has been evident in various places around the world since the 1850s. Retreating of glaciers means that its terminus extends less down the valley than it previously used to.  Effects of glacier retreats can be seen globally right from the Himalayas, Alps, Africa, Alaska, and all the way to Andes Rockies.

Increased ice melt and less snowing in these areas are the main causes of glacier retreats. All this is caused by the rise in global temperatures, which is a result of climate change.

Glacier retreat, in many ways, affects the natural habitats in these mountains, mountain recreation activities, availability of fresh water, and plant growth. And this is never a positive thing.

Are the Climate Change Deniers Wrong?

The hard fact is that they are certainly wrong. Climate change is not only real, but it has been since the beginning. There’s no doubt that some facts need to be set straight about what exactly causes this phenomenon, but whether it exists or not, is a question that shouldn’t be in our minds at all.

It’s pretty clear how climate change is affecting the planet, putting different ecosystems at risk, and making the future of our children so uncertain.

Whether or not humans are the main culprits in climate change and global warming, the fact remains that we must deal with it. We should find ways to reverse the situation before it becomes any worse. And if we don’t, we will be the biggest losers in all this.

Denying the fact that climate change is real, and that we need measures to combat it, will only make things worse. We should act as early as now, least we find out that it was real, when it was too late.