The environment is the backbone of our survival, and without it, we also can’t survive. Here are some dedicated environmental leaders who strive to see that humanity maintains the desired human-nature interaction.

While the largest portion of humanity takes things all simple, there is a group of people who see things as they are – our environment is not infinite.

The free resources we enjoy each day, such as clean air, water, forests, and animals, can easily cease to exist. In fact, the effects of our irresponsible actions on the environment have started manifesting through climate change and environmental degradation.

That’s why some great souls have taken it upon themselves to create awareness and promote environmental preservation. These people do both simple and extraordinary things to put some sense of responsibility to humanity.

Today, we learn about some of the famous environmental leaders from around the world whose actions are transforming the planet. 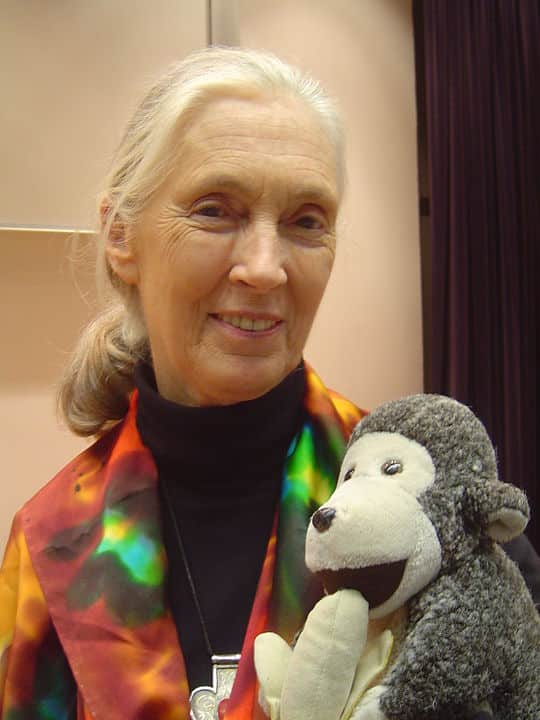 This is not a new name when it comes to environmental preservation and wildlife protection. As a young lady, Jane traveled to Tanzania, where she immediately started research on chimpanzees, and have never stopped.

With a simple binocular, a pen, and a notebook, Jane started her research on the species, which have since become her legacy. Her research and relationship with these animals have greatly transformed how people look and live with animals.

In 1977, Jane established the Jane Goodall Institute, a non-profit organization, which she uses to further her research and spread environmental preservation awareness. She later founded the Jane Goodall Roots and Shoots, which aims at empowering youths to pursue their dreams.

Today, Jane is not only a chimpanzee researcher in Tanzania.

She travels around the globe advocating for a greener environment and encouraging youths to be active in preserving the planet.  She’s among the few female environmental leaders whose passion for the environment can be felt all over the world. 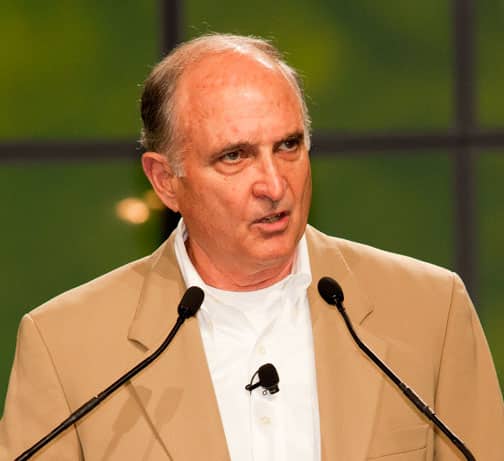 When it comes to nature and its preservation, David Orr is also a name that we can’t miss on our list. The renowned Oberlin College Professor is an environmentalist in every sense. From writing numerous books to traversing the country, giving talks on the climate crisis, David is undoubtedly among the most visionary environmental leaders we have today.

His vision for environmental preservation and sustainability led him to the construction of “the Adam Joseph Lewis Center for Environmental Studies.” This is one of the greenest constructions in North America, located at Oberlin College. The project’s whole idea was to make both the College and the larger Oberlin one of the most environmentally friendly communities.

He has won multiple awards for his astounding environmental work, including: 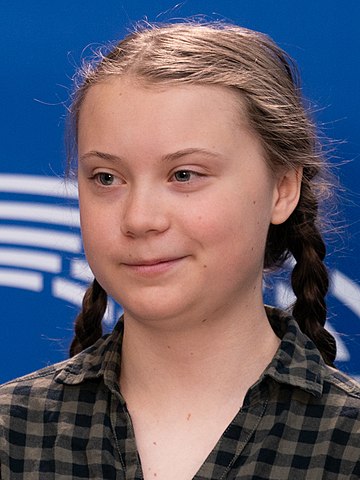 By European Parliament from EU – Greta Thunberg at the Parliament, CC BY 2.0,

For this young Swedish environmental activist, age has always been just but a number. The 17-year-old made headlines with her famous Fridays for Future movement.

Greta is known globally for her courage, especially when it comes to matters environment. She has fearlessly challenged world leaders to take charge of rectifying the climate change menace and criticized them for their failures.

Her activism started from her home, when she convinced her parents to make some changes in the lifestyle used sustainable products from reusable bags to eco-friendly trash bags, and more in an attempt to reduce their carbon footprint. Since then, Greta has grown to become one of the famous female environmental activists, even at her young age.

She has managed to get an audience with world leaders on various occasions, such as:

Her undying passion for creating awareness about the climate change crisis has seen many young environmentalists come up and spread this gospel even more. 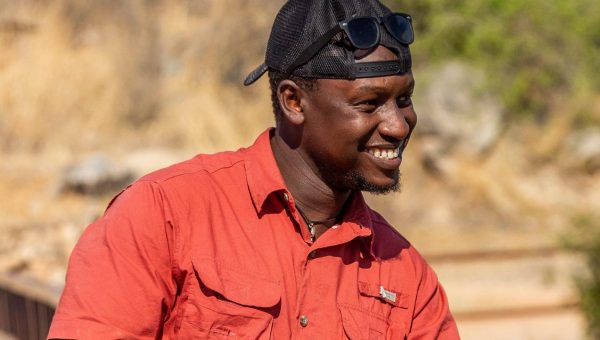 The Tanzanian conservationist, who initially aspired to become a ranger or a tour guide, is now one of the famous environmental activists around the globe. With a passion for photography and filming, Ngoteya doubles as an avid activist for environmental protection and sustainable living.

He’s a co-founder of the famous NGO, Landscape and Conservation Mentors. This NGO aims to promote, support, and empower communities to grow their incomes through various sustainable environmental practices.

Living in the Serengeti since his childhood, Ngoteya always had a passion for wildlife and the environment. Instead of becoming a ranger or a tour guide, he opted for the higher goal of protecting the environment and wildlife.

Through his role as an “ambassador for the sustainable use of natural resources for the benefit of all,” Hans continues to advocate for environmental preservation in numerous ways. The “Vijana na Mazingira” is one project he is using to educate the youths in Tanzania, how to responsibly use the resources at their disposal while still preserving the environment. 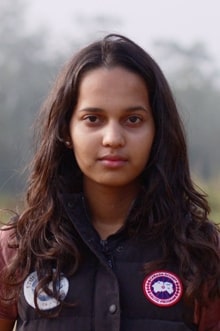 This is another young lady that has proven that love for the environment surpasses age constraints. The 23-year-old couples as a wildlife presenter, filmmaker, adventurer, and conservationist. Malaika believes that her generation faces a unique dilemma.

She reckons that this generation is the first to see first-hand the devastations brought about by climate change. But, she also notes that, if any positive change to the situation will occur, this is the generation with the power to cause it.

For this reason, she is doing everything she can to ensure that she is heard in matters of the environment. In 2018, Malaika offered a TV series to Discovery Channel and Animal Planet, known as “On The Brink.” The TV series explores India’s endangered species, featuring the challenging stories of scientists and researchers who dedicate their lives to protect these species.

In addition, the young activist is currently creating a documentary about the illegal Manta Rays’ trafficking throughout Southeast Asia. 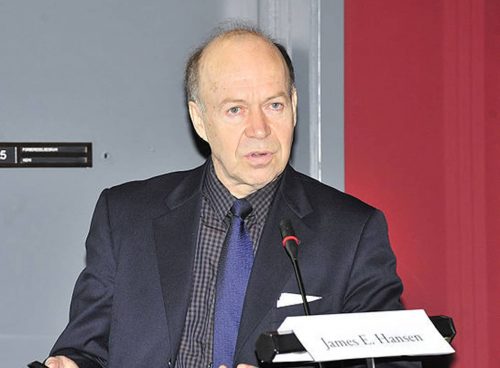 By Bill Ebbesen – Transferred from en.wikipedia to Commons., Public Domain,

Born in 1941 to James and Gladys Hansen, Dr. James Hansen is one of the famous environmental scientists with impeccable track records. With a Ph.D. in physics, he is one of the bright minds that, long ago, saw the need for environmental preservation and sustainability.

For a long time, he has studied the Earth’s atmosphere, evaluating how trace gases affect the Earth’s climate. The use of his global climate models brought about more understanding of climate, and how it’s affected by various elements.

While he was a NASA graduate trainee from 1962-1966, he later became the director of the “NASA Goddard Institute for Space Studies in New York City” between 1981 and 2013. He is famous for his research and work in climatology, as well as for his 1988 testimony at the Congressional Committee on climatic change.

He was able to determine that the global temperatures had risen by 0.5 to 0.7 C in the past century, through his 1880 to 1985 meteorological data analysis. His 2006 update concluded that the globe was 0.8 C warmer than in the previous century. 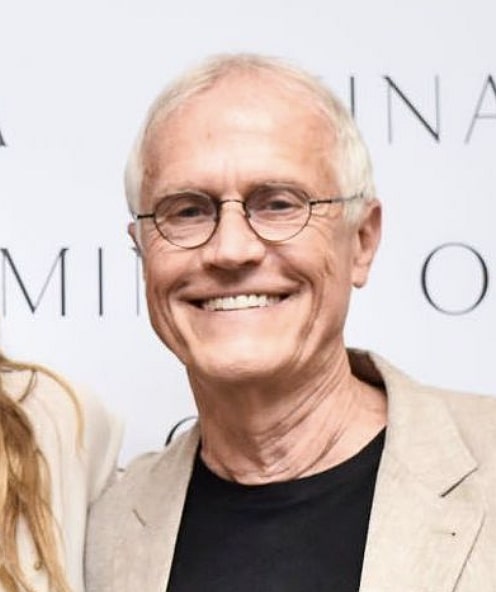 This American entrepreneur, author, environmentalist, and activist, is a perfect example of world environmental leaders whose vision for a greener future might just save the planet.

As a writer, he has published several great books, especially on the relationship between business and nature. Some of these books include:

His main environmental preservation work and activism include:

He is a co-founder and the current executive director of a non-profit organization known as Project Drawdown.  The main aim of Project Drawdown was to create awareness about global warming and try to establish ways how it can be reversed.

The project is quite an ambitious one and saw top global scientists and researchers come together to identify the top 100 most feasible solutions in curbing global warming. Their goal is to reverse this global crisis. 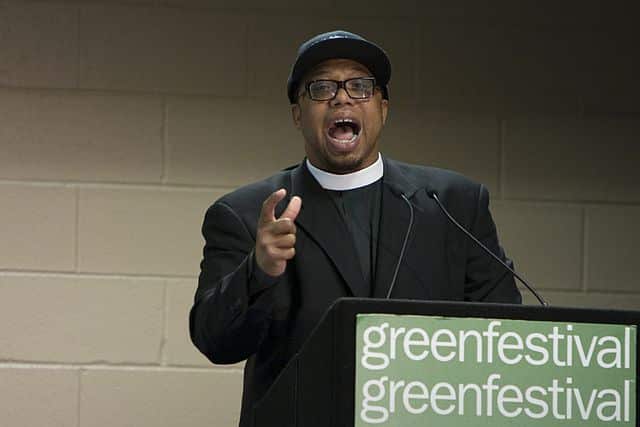 The “Hip Hop Rev,” as portrayed in a documentary by Discovery Communications, not only loves music but also adores nature. The 51 years old minister is a passionate activist, creating social movements for youths and minority communities. The movements are meant to address issues of voting, equality, and environmental preservation.

Born in Louisiana, Lennox is the founder and president of the Hip Hop Caucus. He also served in the U.S. Air Force before that.

He reckoned that climate change would become paramount when the narrative stops being only for the environmental leaders but be embraced by everyone.

As a member of The Climate Mobilization’s advisory board, Lennox made a call for revitalizing  the US economy and for the declaration of “net-zero greenhouse gas emissions by 2025.”

See Related: The Effect of War on Wildlife 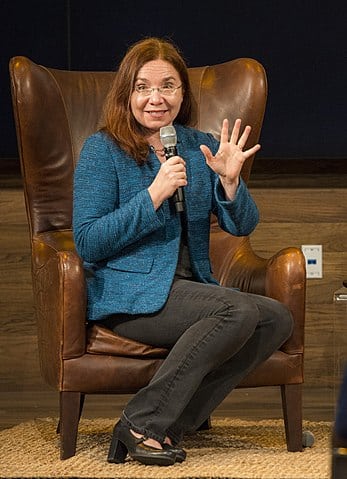 Katharine is a 46 years old atmospheric scientist come evangelical Christian whose activism brought a new light to environmental preservation campaigns. As an evangelical Christian and scientist, she has made it clear that both science and faith can go hand in hand – they don’t have to be mutually exclusive.

Together with her husband, who also pairs as a pastor and a linguist, they have published a book on climate change. The book, which targets Christian audiences, saw her become a famous and sought-after speaker in matters of merging science and religion.

These are the needy, poor, and everyone short of necessary resources.

Katherine says that climate change is the source of all environmental issues that endanger natural and economic resources, as well as global security. And, we cannot solve the issues of hunger, drought, poverty, pollution, and environmental degradation without tackling climate change.

She is one of the renowned female environmental leaders whose actions are influencing the young and old. 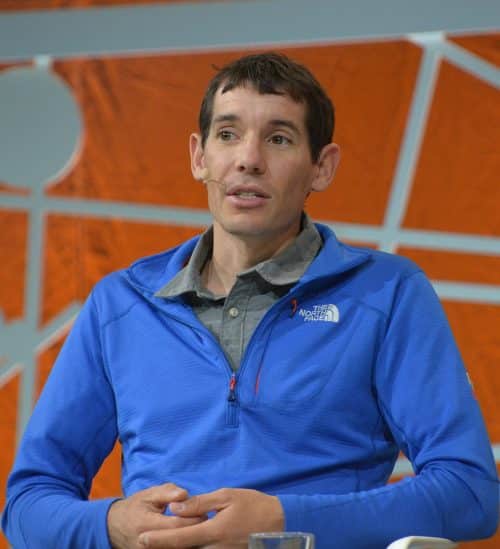 After one of his exploratory climbing tours in Chad, Hannold says that he encountered extreme poverty for the first time. He experienced living in a place with no roads, schools, or any kind of infrastructure.

This encounter was quite an eye-opener for him and ultimately drove him to establish the Honnold Foundation. His aim was to support environmental-friendly projects, to raise the livelihoods of various people and communities.

Apart from using his fame to support climate change action, he devotes money from his foundation to fund various projects like:

Through his actions, he hopes to create more awareness of climate change impacts and inspire more people to live eco-friendly lives. He wishes that the American people would just learn the impact of their actions – consuming excess animal products and high use of fossil fuels. 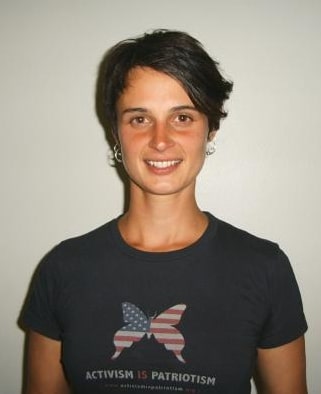 Famously known as Julia “Butterfly” Hill, the American environmental activist hit the headlines between 1997 and 1999. This was after she decided to live on a 180-foot redwood tree for more than two years – 738 days to be exact.

This was to prevent loggers from Pacific Lumber Company from cutting down the tree, which was estimated to be around 1500 years old. All this showed her courage and dedication towards the preservation of our natural environment.

She is seen as one of the most committed environmental leaders of this age and has continued her fight in even greater ways. She has written and co-authored several books on the environment, including:

Back in 2012, Hill was arrested and imprisoned in Quito, Ecuador, for her protest against a proposed oil pipeline, which was to pass through a virgin forest full of rare birds.