Despite the wanton destruction of nature by humans, we live in a planet that is unparalleled for its natural beauty.

The world’s largest national parks are home to the most spectacular landscapes of Earth. A national park is defined by International Union for Conservation of Nature (IUCN) as a large area of land with “One or several ecosystems not materially altered by human exploitation and occupation, where plant and animal species, geomorphological sites and habitats are of special scientific, educational, and recreational interest or which contain a natural landscape of great beauty.”

National parks are established by national governments for both conservation and recreational purposes. Millions of visitors from around the world visit these parks to enjoy their magnificent vistas and wildlife.

The following is a list of 15 largest national parks in the world. 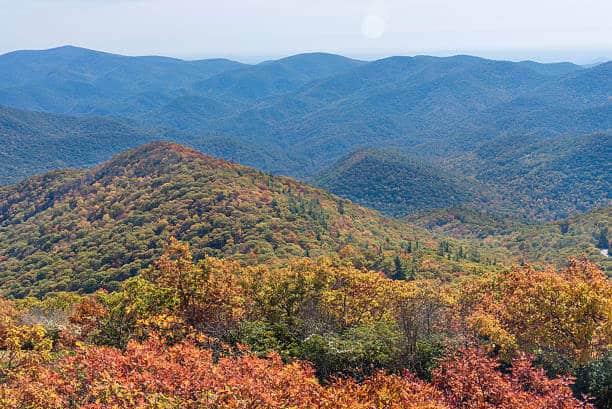 Chattahoochee National Forest is rich in biodiversity with an array of trees such as oak, pine, buckeye, maple, and sassafras and animals such as hawk, black bear, coyote, bats and foxes. This forest is one of the most popular hiking destinations in the U.S. with over 430 miles of scenic mounting trails and 1,367 miles of trout streams, including the beginning of famous 2,135-mile Appalachian Trail.

See Related: 12 Types of Terrain You Need to Know 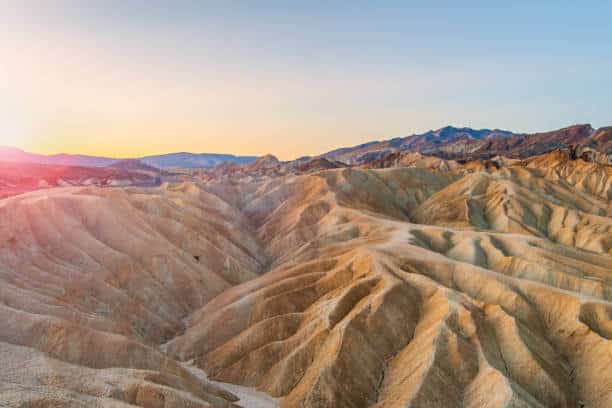 This largest national park in continental us provides a habitat for many animal and plant species that have adapted to its desert environment. The unique geography of the park comprises of low valleys with salt flats, rugged mountain terrain, canyons, badlands, sand dunes and oases.

Badwater basin, considered the lowermost point in North America at 282 feet under sea level, is created by vast, cracked salt flats stretching nearly 200 square miles forming surreal patterns across the enormous landscape. This area is home to Native American tribes dating back to 7000 BC.

Denali National Park and Preserve covers 6,045,153 acres in Alaska, encompassing the central, highest part of the Alaska Range, along with many glaciers and glacial valleys.

The park was called Mount McKinley when it was first established in 1917 and was renamed Denali or “the High One,” which is the native Athabaskan name for the stunning peak, 63 years later. The terrain of the park is a mix of boreal forest at low altitudes, arctic tundra at middle altitudes, and glaciers, snow, and bare rock at high altitudes.

Its biggest attractions are a breathtaking landscape, varied wildlife and Denali, the highest mountain in North America at an elevation of 20,310 feet. Denali National Park is home to 37 species of mammals and 130 bird species.

Gates of the Arctic National Park and Preserve 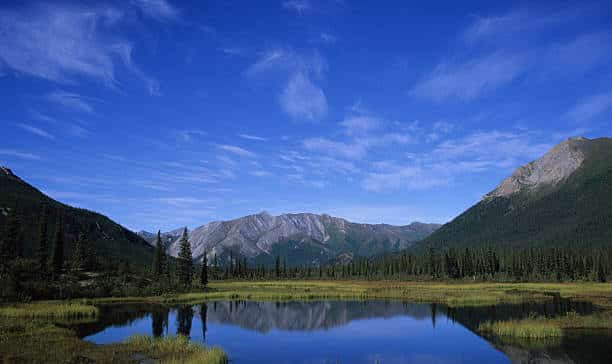 The second largest national park in America, Gates of the Arctic National Park and Preserve is situated north of the Arctic Circle. It covers an area of 8,472,506 acres, preserving the Brooks Range in northern Alaska.

This largest national park in us consists of a labyrinth of glacial valleys and mountains covered with boreal forest or barren inclines of Arctic tundra north of the divide. There are six scenic rivers that runs through this preserve, which provides a home to grizzly bears, wolves, Dall sheep, moose, wolverines and an abundance of fish.

Despite its pristine wilderness, Gates of the Arctic is among the least visited national park in the U.S., due to the lack of roads and infrastructure for tourist activity. 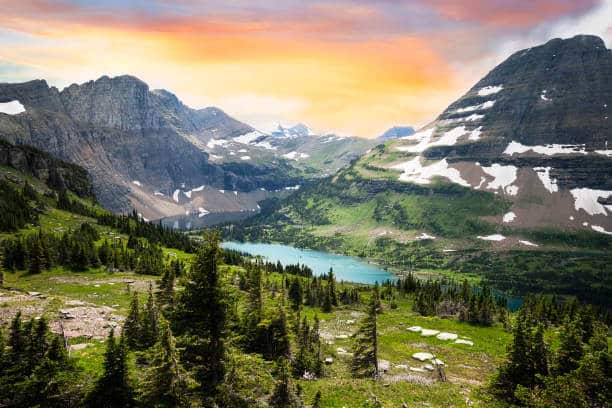 Established in 1910, Glacier National Park is among the largest national parks in the US. This 1583 square mile World Heritage Site is situated in northwestern Montana at the U.S.-Canadian boarder.

The park offers spectacular views of 25 active glaciers, valleys, over 130 pristine lakes, rivers, old forests with 1000 varieties of plants and an abundance of wildlife. The park includes the Rocky Mountain terrain and constitutes the core of the preserved region known as “The Crown of the Continent”.

Blackfoot Glacier is considered as the largest glacier in glacier national park. The signs of human activity in this region dates back to 10000 years. With over 700 miles of hiking trails, the park has attracted over 100 million visitors worldwide. 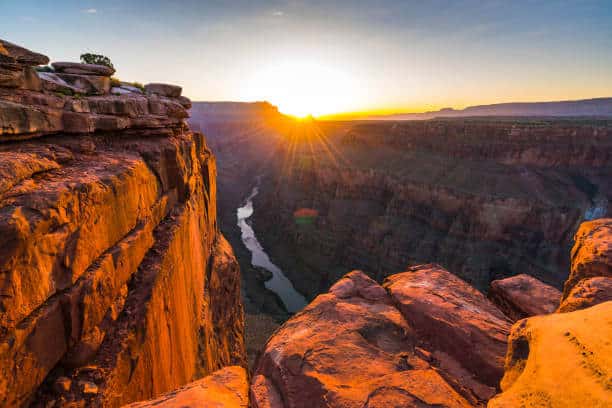 Grand Canyon National Park is one of the world’s largest national parks that offer breathtaking views to visitors. Named as a world heritage site by UNESCO in 1979, the park is situated in northwestern Arizona in the U.S., covering an area of 1,217,262 acres.

Considered a largest national park in continental us , the biggest attraction of the park is the Grand Canyon, a deep gorge formed by the Colorado River.

This mile deep, and 18 miles wide river gorge is regarded as one of the Wonders of the World. Scientists consider it a creation of tectonic uplift that has been carved over millions of years. The Grand Canyon is between 5 and 70 million years old and the humans have populated the region for over 13000 years, including 11 modern tribes that have cultural ties to the terrain. 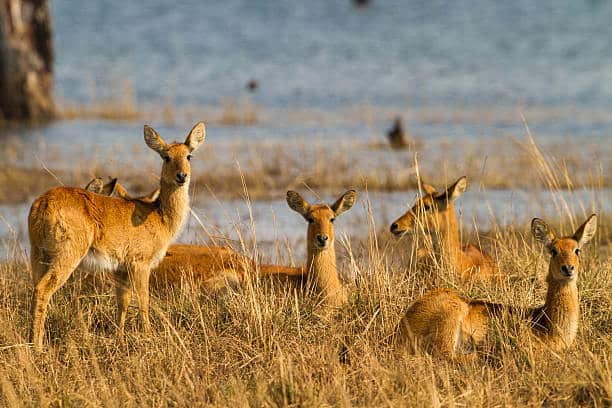 The second largest national park in the world, Kafue National Park spreads over an area of 22,500 square kilometers in Western Zambia. Known as Zambia’s oldest and biggest national park, Kafue was established in 1924. Its terrain consists of savanna grasslands with a thick cover of Miombo tree species in some areas.

The biggest attraction of Kafue is its wildlife with over 55 different species of mammals and birds. The park offers pristine wilderness with a rich diversity of wildlife that includes antelopes, red lechwe, puku, zebras and blue wildebeest, providing the ultimate safari experience. 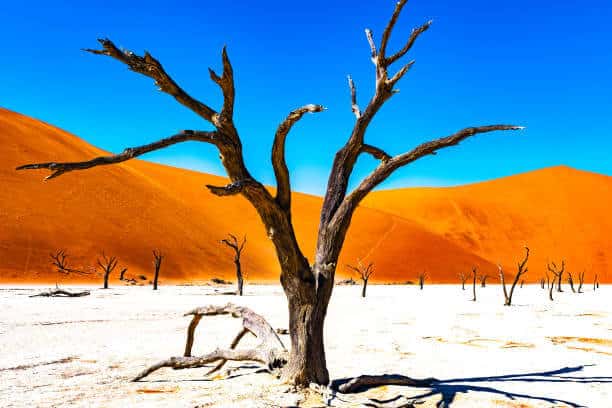 Sprawling over 19,216 square miles, the Namib-Naukluft Park is the largest game park in Africa and the forth largest national park in the world. Located in western Namibia, the park straddles the area between the shoreline of the Atlantic Ocean and the rim of the Great Escarpment, covering portions of the world’s oldest Namib Desert, the lagoon at Sandwich Harbor and the Naukluft Mountains.

The park provides sublime vistas of mountains, sand dunes, riverbeds, and moonscapes. Its main attractions are Sossusvlei, a clay pan encompassed by sand dunes, and Sesriem, a small canyon.

See Related: What is Biomass Energy? 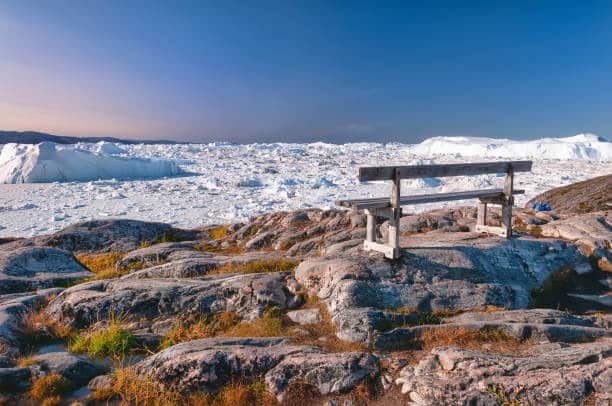 The park offers breathtaking views of the uppermost parts of the Northern Hemisphere’s biggest ice cap. It provides a refuge to many animal species including musk oxen, arctic fox, stoat, collared lemming, arctic hare, polar bears and walrus. This region was home to diverse Inuit cultures hunting Arctic species of animal for centuries.

Currently, the hunters from Ittoqqortoormiit tribe have regular access to this pristine land full of wildlife.

Serengeti National Park, one of the world’s largest national parks, is located in the Serengeti Plain in northern Tanzania. Designated as a national park in 1951, it spans 5,700 square miles of forested savanna and the finest grassland in Africa. The park is a sanctuary to large herds of animals such as gnu [wildebeests], gazelles, and zebras, lions, spotted hyenas, leopards, rhinoceroses, hippopotamuses, giraffes, cheetahs, and baboon, as well as over 350 varieties of birds.

Serengeti is famous for the largest unaltered mass annual migrations of millions of Zebras and wildebeests that occur mainly along the ‘western corridor’ to lake Victoria. It was named a UNESCO World Heritage site in 1981. 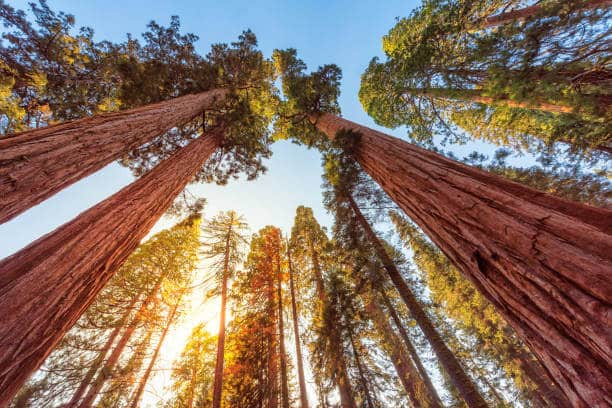 The largest tree in sequoia national park is General Sherman Tree at 275 feet tall and more than 36 feet in diameter. The park lies adjacent to Kings Canyon National Park and both terrains were designated as “Sequoia-Kings Canyon Biosphere Reserve” by UNESCO in 1976.The Park includes Mount Whitney, which, at 14,505 feet above sea level, remains the tallest mountain in the U.S. 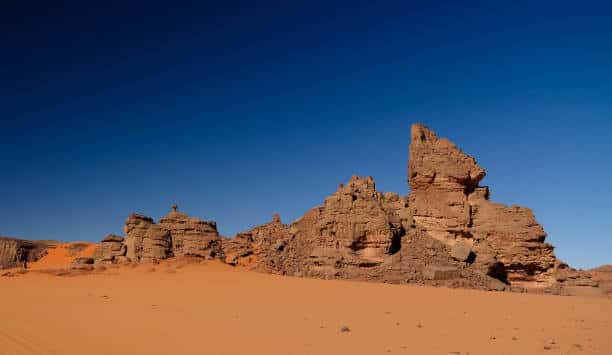 Considered one of the largest national parks in the world, Tassili n’Ajjer (“Plateau of rivers”) is a national park in southeastern Algeria. It is a large plateau located in Sahara desert that encompasses an area of over 28,000 square miles. Tassili n’Ajjer is named a UNESCO World Heritage Site in 1982 for its renowned collection of prehistoric cave art.

Over 15,000 drawings and inscriptions depict climate change, the movements of people and animals and the evolution of human civilization in Sahara desert from 6000BC to the first centuries. This site also boasts of unique geological formations that create “forests of rock” out of sandstones that have eroded over centuries. 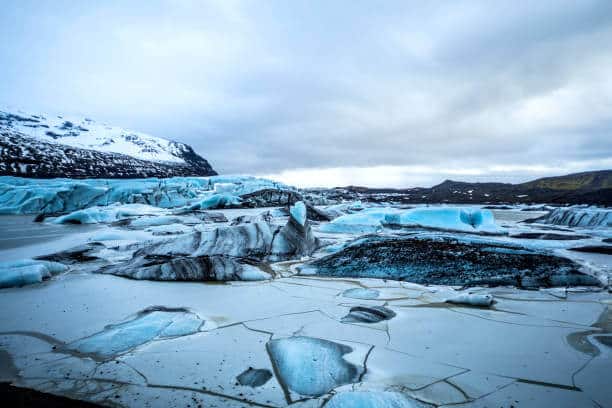 The largest national park in Europe, Vatnajökull National Park covers an area of over 14,141 km2, encompassing nearly 14% of Iceland. Surreal vistas formed by a varied landscape of rivers, glacial ice, caves, and volcanic and geothermal activity, make this park a huge tourist attraction. The park is home to Vatnajökull, which is Europe’s largest glacier, and ten large volcanoes, including eight that are subglacial.

The interactions between volcanoes and the cracks underneath the Vatnajökull ice cap produce the stunning sight of jökulhlaup, which is an abrupt flood triggered by a rupture at the edge of a glacier during an eruption. Wildlife that was endemic to the area since the Ice Age dwells in volcanic terrains of the park. 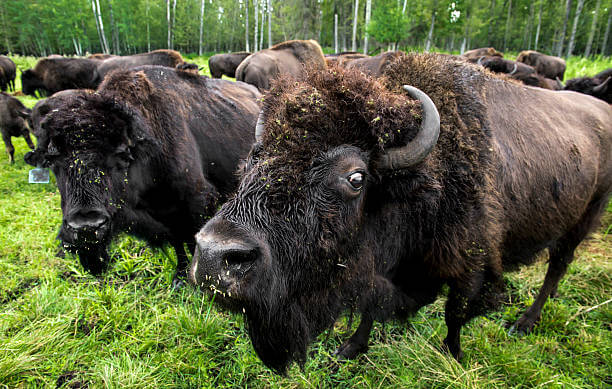 One of the largest national park in the world and the largest in Canada, Wood Buffalo National Park covers an area of 17,300 square miles in northeastern Alberta and the southern Northwest Territories. Established in 1922, it provides a sanctuary to the biggest population of wild bison in America, and diverse wildlife such as bears, caribou, moose, deer, and beavers.

The park is also the only remaining nesting ground for the nearly extinct whooping crane, known as the tallest bird endemic to North America. One of the park’s main attractions is the world’s biggest inland delta, formed by the Peace and Athabasca rivers. The Peace River runs across the plains and forested landscapes dotted with lakes.

The park consists of stunning views of glaciers, peaks, remote mountains, rolling valleys, raging rivers and an array of wildlife that thrives in rocky and icy landscape. This largest us national park is home to Mount St. Elias, the second highest peak in the United States, at 18,008 feet. Wrangle volcanic field, spreading over 2,000 square miles, has one of the world’s biggest active volcanoes by volume.