Plastic pollution is arguably one of the most challenging forms of pollution that we face today, negatively impacting terrestrial, freshwater, marine ecosystems, and the organisms that live in these habitats.

Discarded plastic not only looks unsightly; it kills. Wildlife often becomes entangled in plastic bags or other discarded plastic debris, which can impair their ability to forage or hunt for food and evade predators.

In many cases, it slowly cuts into the victim’s flesh, causing open wounds that lead to a slow, agonizing death as wounds become infected or as the animal is slowly strangled to death.

Effect of Plastic Pollution on Wildlife

Birds, fish, reptiles, and mammals have all been known to eat discarded plastic items that they mistake for food, which over time accumulates in the animal’s gut as it is not readily digested.

This may result in a blockage or may cause the animal to stop eating as it does not feel hungry. Either way, the hapless animal is likely to slowly starve to death.

Seabirds such as albatrosses, many of which are already endangered, mistakenly feed plastic objects and pellets to their chicks, who eventually die as a result.

Predators higher up the food chain accumulate plastic that they unwittingly consume when they feed on prey that has consumed plastic. They, too, will have problems digesting and processing it.

Does Plastic Persist in the Environment? 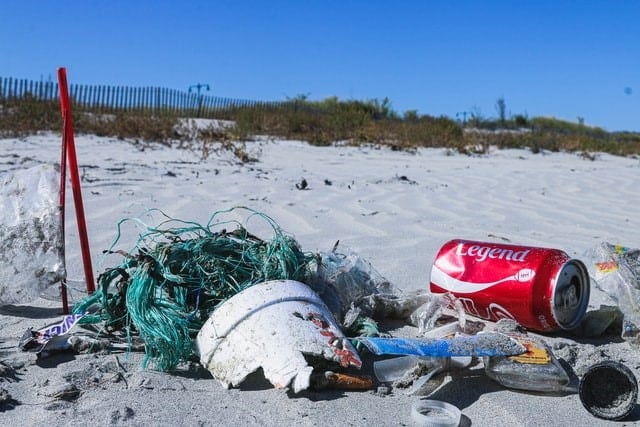 Plastic is a man-made material designed to be durable and withstand the elements; consequently, it does not break down readily in the environment but rather persists for a long time.

When it eventually starts to break down, it doesn’t disappear but rather breaks down into smaller and smaller pieces, eventually resulting in gazillions of tiny plastic fragments – or microplastics – measuring less than 5mm.

This is partly because plastic tends to sink to the ocean depths, out of sight and out of mind. But as more and more plastic debris washes up onto beaches around the world, and people become increasingly aware of the existence of the Great Pacific Garbage Patch – an extensive area where plastic debris converges in the middle of the ocean – conservationists are beginning to sit up, and alarm bells are beginning to sound.

Microplastics are an emerging pollutant that has scientists are particularly concerned about.

Due to their tiny size, they have until recently slipped under the radar. But recent oceanic surveys have revealed that these tiny particles are abundant in all the world’s oceans. Scientists are particularly concerned about the impact on marine animals and higher predators, especially man, who relies heavily on the world’s ocean for a source of protein food.

The level of microplastics in the world’s oceans has steadily increased over the last couple of decades in line with an increase in the use of plastics and continues to increase further still. What is more problematic is the fact that more and more plastic is being discarded into the environment, yet the existing plastic is not disappearing.

The result is an ocean accumulating more and more plastic and rapidly becoming a plastic soup, spiraling out of control. A study conducted in the North Pacific Central gyre in 2001 revealed that microplastics outweighed zooplankton by a ratio of 6:1!

Microplastics originate from plastics that have broken down into tiny fragments and comprise tiny resin pellets that are shipped in bulk to manufacturers who use them to produce plastic products.

There is often spillage en-route to their destination, and they are added to the environment before they are even used in the manufacturing process.

Other forms of microplastics include minute plastic beads (< 1mm) used in cosmetic products, such as shower gels and facial scrubs, that eventually make their way into the environment where they persist.

These plastic particles attract and accumulate carcinogenic pollutants such as POPs (persistent organic pollutants), PCBs (polychlorinated biphenyls), brominated flame retardants, and DDT – an extremely hazardous pesticide that is now banned in most countries of the world, yet still persists in the environment – at levels that are 100 thousand to 1 million times greater than the levels found in the surrounding seawater.

POPs accumulate in the organs and fatty tissue of animals that consume them.

Top predators, such as predatory fish, marine mammals, and humans, are even more vulnerable as POPs bioaccumulate and become more concentrated in animals further up the food chain.

Furthermore, these pollutants continue to accumulate throughout the animal’s lifetime, so more and more toxins build up within their (read our) system, where they can cause adverse health effects, reproductive problems, growth defects, immune deficiencies, and cancer.

How Does Plastic Pollute the Soil?

Plastics can release harmful chemicals into the surrounding soil. When this happens, those chemicals seep into the groundwater or whatever other water source is nearby and can negatively impact our ecosystem. When plastics pollute the soil, it can also have harmful effects on the species that rely on and drink that water.

Additionally, when a plastic bag or other plastic material is thrown out, it can make the soil less fertile. Those toxic substances and chemicals can also be deposited into the soil, surface water, and plants when it is burned. Plastic pollution affects the soil by clogging soil pores, preventing aeration, and can cause the roots to die.

What Determines How Much Plastic Waste We Produce?

Did you know that a staggering 91% of plastic is not recycled? Out of the billions of plastic made over the last few decades, more and more of it is becoming trash and litter worldwide.

Only 12% of plastics have been incinerated, with the rest taking more than 400 years to degrade, causing them to still exist in our environment in some form.

To calculate your plastic footprint and estimate what your annual plastic consumption is, try the following:

Once you have all your numbers, add them up and see your plastic consumption per year. Once you understand this, you can then begin to change some of those habits and reduce the plastic waste and pollution in your life.

What Can You Do? 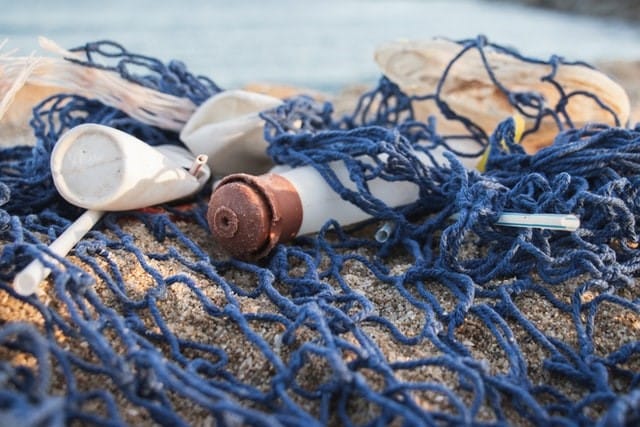 Plastic pollution is one of the greatest threats to the oceans worldwide. Plastic manufacturing is skyrocketing, recycling is reaching low levels, and there is an abundance of poor waste management. All of this means that between 4 and 12 million metric tons of plastic will enter the oceans each year, and these numbers are projected to triple over the next 20 years.

When this plastic pollution makes its way to our oceans, it affects sea turtles, whales, fish, coral reefs, and other marine life and habitats. It can damage the otherwise beautiful coastlines and beaches and negatively impact the more isolated and remote areas.

Reduce the Use of Single-Use Plastics

To help prevent plastic trash from making its way to our marine environment and soil, there are a few things we can do to take action and reduce our use of plastic. One of the easiest and most direct ways to achieve this is by limiting our use of single-use plastic items.

This includes the use of plastic bags, plastic straws, plastic bottles, takeout utensils, takeout containers made with plastic packaging, and other similar items. Instead, try using reusable versions of these items like reusable tote bags instead of a plastic bag for shopping, reusable water bottles, and real utensils to reduce plastic consumption.

Learn How to Properly Recycle

If you use single-use plastic products, you also have to know the proper way to recycle them to cut down on plastic pollution. When we recycle, we are cutting down on the plastics that find their way to the oceans, and we are reducing the amount of new plastics we are putting into circulation.

Microbeads or tiny plastic particles have become a huge source of plastic pollution over the years. Microbeads make their way to our oceans through sewer lines and are often found in face scrubs, toothpaste, and body washes.

So, to reduce plastic pollution, avoid using any products containing polyethylene and polypropylene. Always read the ingredient labels on each product you use.

Other ways you can reduce plastic pollution include: