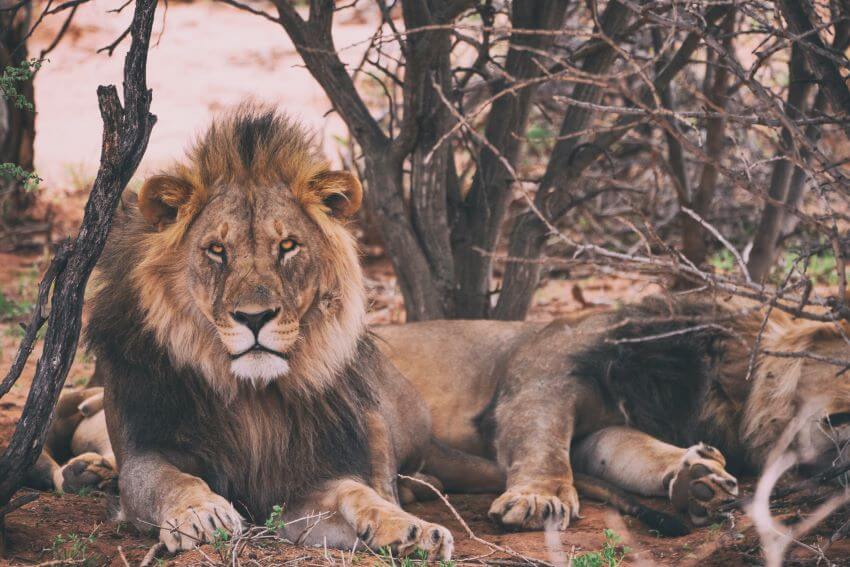 Divided into several different subspecies, the African lion is a large and magnificent feline carnivore. It is taller at the shoulder than tigers (123 centimeters in large males, 91 centimeters in females) and weighing up to 250 or 180 kilograms respectively for males and females.

Average weights are closer to 181 and 126 kilograms, however. African lions measure from 1.4 to 2 meters long, and males sport a regal-looking mane, whose thickness and color vary by region.

See Related: Types of Lions Around the World

African lions live in pride, family, or clan groupings that include one to three males and perhaps ten or twelve females, plus cubs. These large social units are needed for cooperative hunting since many of the prey species. African lions rely on are large, robust animals that need several cats working together to bring down.

The speed of other prey animals requires cooperative ambush tactics to have any chance of regular success in capturing them.

Lionesses do much of the hunting, though males sometimes participate and also perform the critical task of defending the pride’s territory from intruders.

Male lions also protect the cubs while the lionesses are hunting. Young males are usually ejected from the pride when they grow large enough and either live alone or with one of their brothers for companionship. These youths attempt to take over existing pride or form a new one with nomadic females. 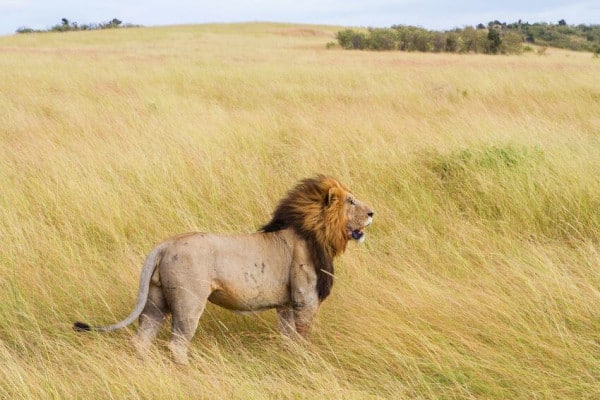 Lions are powerful hunters but have small hearts for their size, meaning they do not have the long-distance stamina that other hunters possess. Instead, they attempt to creep to within 30 meters of their prey, using the cover of darkness to hide their approach before making a sudden rush.

Wildebeests, buffalo, zebra, impala, and warthogs are all taken, but wildebeests are the preferred food of these great cats, making up around half of their diet.

Lions kill much of the time by biting the throat, rapidly suffocating their prey. Strong, well-protected animals like elephants, rhinos, and hippos are usually safe from a lion attack, as are fast-moving gazelles.

African lions are found in favorable habitats throughout sub-Saharan Africa. Formerly, they were found along the Mediterranean coast, throughout the Middle East, and into Europe. Lions are found in grassland and savannah habitats, scrubland, bush, and open forests. 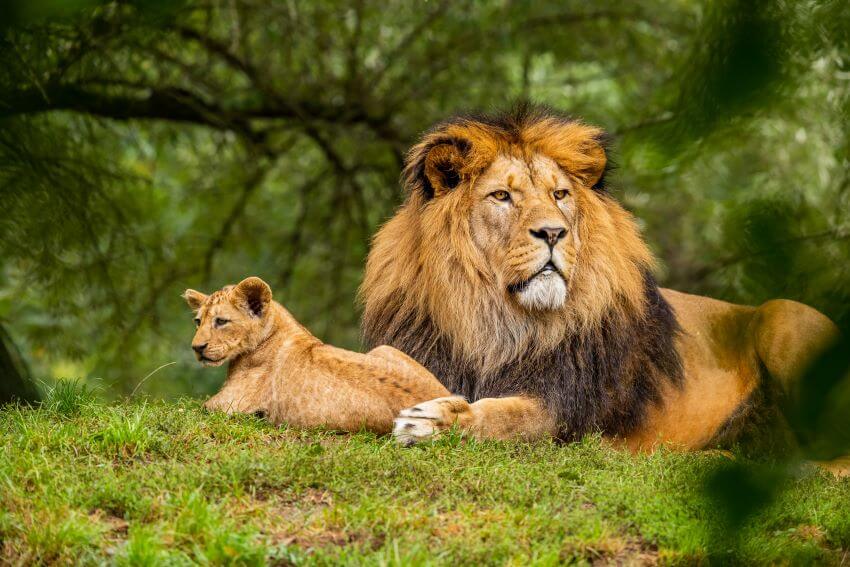 Few lions die peaceful deaths – most are either killed by other lions or humans. It is human activity, however, which presents an actual threat to the species’ survival. Lions are hunted for sport and to reduce risks to domestic animals that they may hunt from time to time.

Habitat destruction also has its part to play in the decline of these spectacular carnivores, as growing populations of people appropriate more land for their cattle, goats, and farming activities. Humans have fragmented some 75% of the savannah over the past half-century.

The African lion is probably not in imminent danger of extinction, but its range could be drastically reduced if conservation measures are not successful at reversing current trends.

Large parks and reserves are the best conservation hope for lions at the moment, though even more area is needed and better protection is urgently required for the existing areas.

Many organizations, such as the Lion Conservation Fund, are also attempting to reduce conflict between humans and lions (which the lions inevitably lose) through education and the establishment of wildlife protection corridors.

Botswana Predator Conservation Trust has been studying African predators, including lions since 1989 to understand their territories and limit their conflicts with humans.

Call from the Wild

Call from the Wild is an organization started by the Frankfurt Zoological Society, which supports various national parks throughout Africa to protect different endangered species, including lions.

Panthera is an American-based organization. Their main focus is to conserve the world’s largest wild cats, including the African Lion, by supporting research and education programs in different countries.

Wildlife Conservation Society was formed in 1895 to protect 25 percent of the world’s biodiversity by promoting the importance of protecting wildlife and their habitats. WCS has five zoos in New York.