Animals that start with X – the list is long. If you doubt this, read on and discover animals you never knew existed.

Have you ever wondered which animals in the world have names starting with the letter x? Well, while it might sound unbelievable, there are lots of these animals.

There are more than 8 million animal species globally, and many more not known yet. Such wide numbers can even take close to a century to catalog. I even think the 26 English alphabets need some extension to fit every one of them.

Since I know you are getting a bit curious, let’s get right to it.

Top Animals that Start with X

The list below consists of animals whose names start with X.

First on our list is a mammal that’s currently extinct, known as Xanclomys. Back in the day, it inhabited North America. It lived about 66 million years ago during the Paleocene period (the first geographical epoch).

For the most part, it enjoyed the terrestrial habitats where it foraged and hunted. The Xaclomys was an omnivorous animal that enjoyed eating plants and catching smaller animals. Many larger animals hunted it. 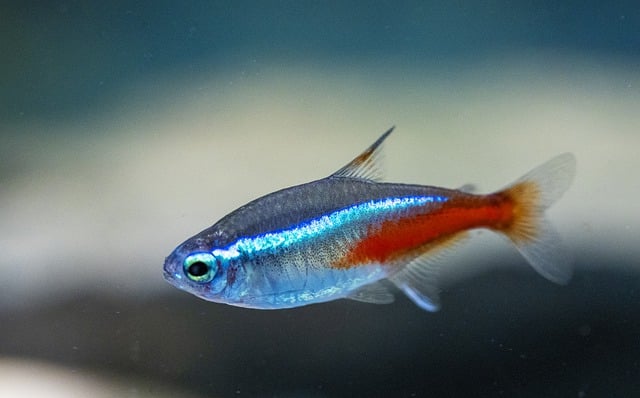 Of all animals that start with X, the X-ray Tetra fish is the most fascinating. Many people know it as the X-ray fish. It’s a unique creature that has a translucent body, and you can even see its backbone while it swims.

Typically, the X-ray fish resides in the Orinoco and Amazon basins, where there are alkaline and acidic waters. Its adaptability also means it enjoys living in Guyana. It’s a small fish that prefers living in schools for there’s safety in numbers.

Regarding diet, the fish eat planktons, worms, and small insects similar to other tetras species in the freshwaters. Larger fish are their main predators, although frogs, snakes, and birds, also hunt them.

Still, it has stable numbers and continues to thrive thanks to rapid reproduction. A female can lay upwards of 400 eggs, which she hides in the ocean vegetation.

24 hours later, the eggs start hatching and end up living close to 4 years.

In the list of African animals that start with X is the Xanthippe’s Shrew. The shrew is a kind of mole but must not be mistaken for a rodent. It inhabits Eastern African, mainly in Kenya and Tanzania. Though these mammals share similarities to rodents, it’s a closer relative of hedgehogs.

Commonly, these animals enjoy eating plants and other small animals. Animals on their diet include spiders, worms, slugs, snails, and other bugs. Their most common predators are foxes, weasels, owls, kestrels, and stoats.

Despite that, there are millions of shrews living in the wild. Rapid reproduction keeps their numbers stable. Shrews start mating in April, with gestation lasting only 25 days. A female can have up to 4 litters in a year since the young become independent within 3 weeks after birth. 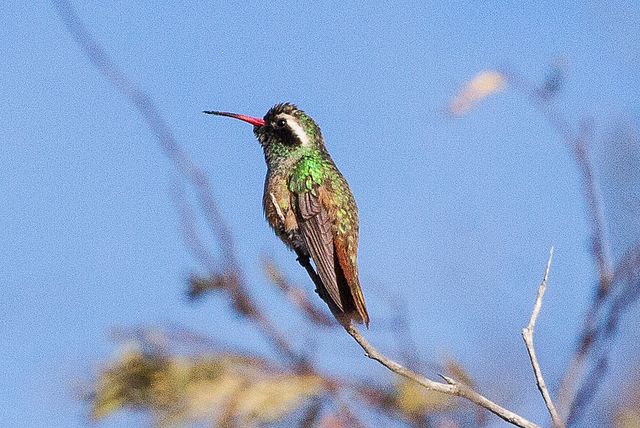 In addition to the three above, many more animals start with X. Take the Xantus hummingbird, for example. The 9cm long bird is a common sight in the Baja peninsula in California. The adults have green upper and back areas.

Most of them call Mexico home and enjoy feeding on nectar from different flowers. The bird has a long beak and tongue that each uses to suck out the nectar. Additionally, they prey on smaller insects that they trap with their fast wings.

While they prey on insects, they fall predators to other animals in the wild. Usually, the most common Xantus hummingbird predators are lizards, snakes, bats, and large birds.

That being said, there are about 50,000 of this bird species in existence today. These birds live up to 5 years in the wild.

Females lay 2 eggs after mating, which she incubates for 3 weeks. After the chicks hatch, they leave the nest after 22 days.

Xingu corydoras is a fish that frequents the waters of the Xingu River in Brazil. The waters create the perfect habitat, thanks to the tropical climate of this part of South America.

Similar to other fish, the Xingu are omnivores that feed on both plant and animal matter. In the wild, these animals feed on plankton, worms, and seaweed. However, they easily fall prey to larger fish and snakes in the water.

In terms of population, the fish is populace in the Xingu River. Females scatter their eggs all over the river while spawning. 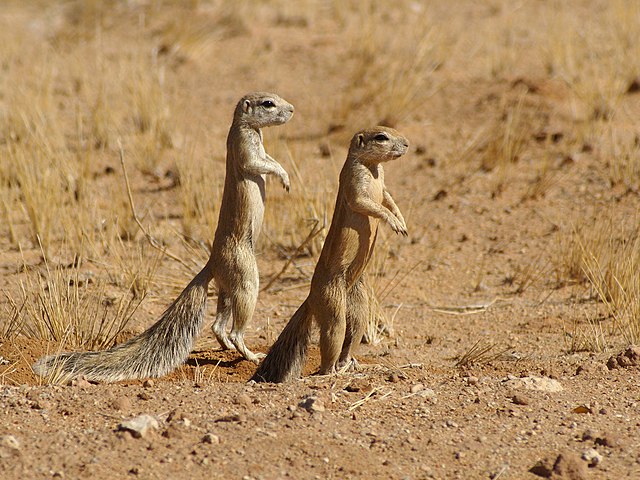 Did you know that not all squirrels live in trees? Xerus is a ground squirrel common in Africa only. Still, some invasive ones live in the Canary Islands.  It’s one of the animals that start with X that are worth noting.

Today, 4 species live in different parts of Africa, from Morocco to Tanzania and Namibia. The ground squirrels prefer rocky, grasslands, and woodland areas for ample protection and food supply. Part of their diet consists of roots, nuts, and seeds, as these are herbivores.

Generally, they prefer living in areas with a protective cover because they have numerous predators. Animals like birds of prey, jackals, snakes, large lizards, and wild cats see them as a food of choice in the wild. However, this predation hasn’t affected their population.

Are there animals that start with X at the zoo? Certainly Yes! And, the Xeme gull is one of them.

Also known as the Sabine gull, this is a sea bird that inhabits the Arctic coasts and tundra. Thanks to its notable wing pattern, it’s easy to spot while bird watching. Another notable characteristic is the fact that the birds pair up and mate for life.

Almost always, the Xeme feeds on small fish, young birds, spiders, insects, eggs, and insect larvae. These animals that start with X are known to steal eggs from nests of other birds in their habitat.

However, several predators like birds of prey and large lizards eat their eggs and young ones. All the same, there are more than 10,000 mating pairs today.

Animals in Florida that start with X include the Xenops from the Ovenbirds family. Out in the wild, there are 3 species in existence. The bird has a small body with a distinctive long tail.

Most of the time, you can spot these birds in the coastal region of Florida, Mexico, Central, and South America. Areas with large forest cover are their favorite to live and nest. More so, their diet consists of ants, ants’ larvae, and other small insects.

However, they prefer living up in trees safe from predators. Common predators include large lizards, birds of prey, and snakes. Nevertheless, their numbers remain high, with a population of over 5 million birds in the area. 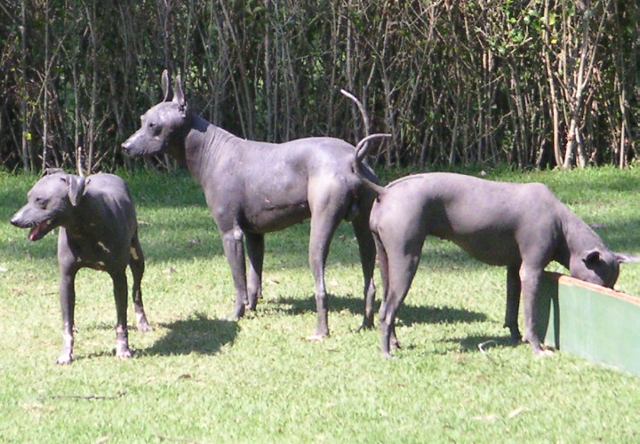 Generally known as Xolo, these dogs are among the fox-like animals that start with X, originating from Mexico. The dog breed is popularly known for its hairless appearance. It is most noticeable for its wrinkly, duality, and abnormal teeth.

Not to mention it has one heck of a temper. However, it’s well-known for being amongst the first breed registered by the AKC (American Kennel Club).

In regards to predation, Xolos don’t have lots of enemies since they’re kept at home. However, coyotes and other carnivores are known to attack Xolos when they run into each other.

In the US, there are about 1,000 of these dogs. Females give birth to five puppies in one breeding season.

The Xenarthra is a mammal from the sloths and anteaters lineage. The most common habitat is in Latin America, where it resides in the rain forests. As a common trait, the Xenarthra have extra joints that help them search for food.

Typically, their diet consists of insects such as ants and termites. Additionally, some eat plants and smaller animals residing in the forest. However, due to slow metabolism, some feed less.

Their population remains stable in most Latin American countries, although there are some extinct species.

Adding to the list of animals that start with X is the Leaf-toed Gecko native to California and parts of North West Mexico. It prefers desert habitats and areas with lots of shrublands. One way it protects itself against predation is by losing its fragile tail.

In regards to diet, the Leaf-toed Gecko feeds on flies, moths, spiders, ants, and termites. Large birds, snakes, and bigger lizards are its main predators.

As for population, these lizards are in plenty and continue to breed. Females can lay a clutch of over 20 eggs in one reproduction cycle.

Normally, the females carry eggs up to 1 year before laying them. And after that, the eggs take up to 89 days to hatch.

See related: 10 Types of Turtles Around the World 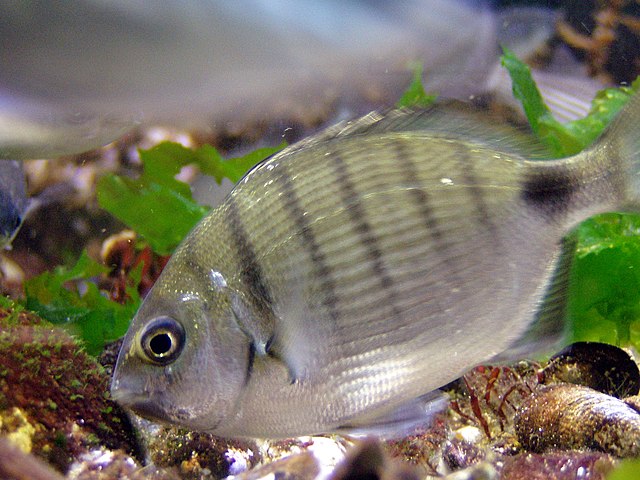 Xantic Sargo fish is among the most interesting creatures on our list of animals that start with the letter X. It’s commonly known as the California Sargo and inhabits the waters of the greater Pacific Ocean. The fish can live a solitary life or in a school.

For food, the Xantic Sargo eats a diverse diet. As an omnivore, it forages on seaweed, kelp, and seagrass. Besides plants, it also eats small fish, invertebrates, and crustaceans.

Nevertheless, it falls prey to numerous big fish living in the open waters. These include snappers, Spanish mackerel, groupers, and sharks. Apart from these, humans also enjoy eating these animals that start with X.

From the Corvidae family, we find the Xinjiang Ground-jay, also known as Biddulph’s jay. The birds are originally from China and can easily fit into a human’s hand. Top habitats are terrestrial areas with lots of trees to build nests.

Not many remain in the world, and the species is classified as near threatened. The main reason for the declining population is the loss of habitat due to human activities.

More among the animals that start with X is the Xucaneb Robber Frog from Guatemala. Favorite habitats of these frogs are Montane forests with elevations of up to 1300m above sea level.

Living in these terrestrial habits accords them a diet rich in worms, spiders, insects, and small fish. However, some of their predators include snakes, weasels, herons, stoats, large lizards, and birds of prey.

In the Californian current system of the Pacific Ocean lives the Xantus Murrelet bird species. Another name is the Guadalupe Murrelet. These are animals that start with X inhabiting the waters from California to Mexico on the numerous islands found in these parts.

Concerning their feeding habits, like sea birds, they eat mostly small fish that swim in schools near the islands. Also, they catch warms, insects, and plankton.

One habit that you can observe is they prefer fishing in pairs. The main predators are larger birds of prey and bigger fish out in the ocean.

In terms of population, these birds aren’t under any threat of extinction. Many breeding pairs have nests up and down the coastal areas in caves and crevices in rocks.