Which three-letter animals do you know? While cat, rat, or bat might be what clicks on my mind instantly, there are plenty more. Read on to see which ones.

Today, there are over 8.7 million animal species worldwide. Learning about them can be fun and exciting. You can break them down into different categories ranging from the biggest to the smallest, as well as through their habitats, what they eat, among other factors.

But did you know there are animals with as short as three-letter names? Well, it’s true. Today we explore all the three-letter animals, some of which I’m sure you’ve never heard of. 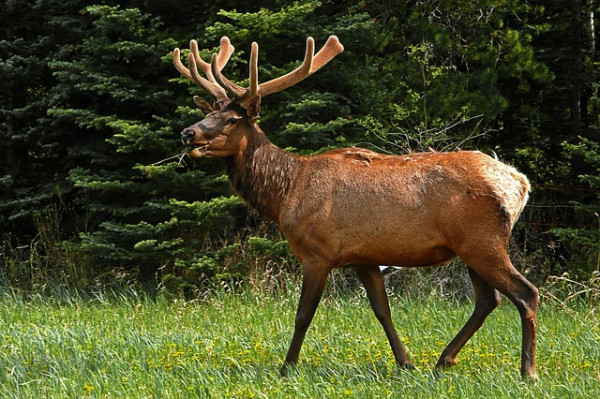 In North America, the deer species are widespread. Among the largest of these species are Elk, with more than 1 million of them calling this region home. However, certain parts of Asia also have a number out in the wild.

Mostly, you find elk living near the edge or deep in a forest. Due to urbanization, some tend to wander into neighborhoods and towns. Still, they live in social groups and raise their calves together, unlike other deer species that enjoy isolation.

In terms of food, Elk enjoy bark from trees, grasses, leaves, and other plants. Being a deer species, elk are prey to some animals. Out in the wild, wolves, bears, and mountain lions hunt them.

Additionally, people seek them out during hunting season. Nonetheless, these three-letter animals aren’t on the endangered list.

Probably you’ve heard of the simile ‘As cunning as a fox.’ These sly three-letter animals have habitats all across the world. There are 12 fox species in total and more than 20 known extinct ones. These are members of the Canidae (dog family) that live on every continent except Antarctica.

Usually, the most known of the 12 species is the red fox. More than 19,000 these live in the world,  in different habitats. All fox species prefer grasslands, deserts, mountains, and forests.

Usually, fox enjoys eating a wide range of food. These are omnivorous creatures that hunt rodents, rabbits and also enjoy delicacies of wild berries and fruits. Their populations across the world remain strong, although their cunning nature causes friction with humans.

Today, fox hunting is still a recreational activity for many people. Though originally from the UK, it’s spread as far as Canada.

Goa is also known as the Tibetan gazelle. These shy creatures fall under the antelope species. Adult males reach heights of only 65cm.

Mainly, you can find Goa in the Tibetan plateau, as they prefer areas that are almost 6,000ft above sea level. Though the more significant numbers are in this area, some smaller groups are in China and India. Here they feed on wild grass and shrubs.

Usually, they enjoy living in smaller family groups of 10 individuals. However, the majority of males prefer living alone. The only time they gather is during the mating season that starts in December.

Primarily, the main predators for Goa are the snow leopard and the Himalayan wolf. Human beings also hunt them for food and skin. Due to small numbers in the wild, these three-letter animals are ranked as near threatened. 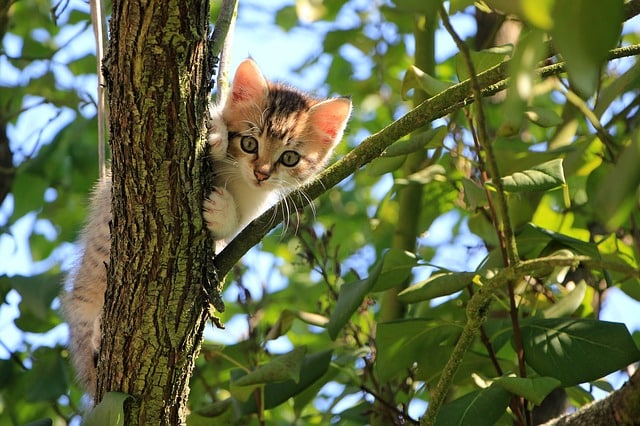 Did you know there are cat species that live out in the wild?

These are some of the three-letter animals that start with the letter c. Their name is also part of the most common 3 letter words in the world. Many people know the domestic pets living at home, but that’s just a small part of the 38 species.

Out in the wild, cats inhabit almost every part of the world. Most have names according to where they live.

For instance, there’s the European wild cat, African wild cat, Asiatic wild cat, and Arabian wild cat. Most live in isolation and come together to reproduce.

Usually, wild cats feed on rodents, frogs, birds, and other small creatures. Humans hunt some like the Scottish wild cat for their fur. But, overall, they have few predators.

Apes are three-letter animals from the primate family. Today, there are about 20 ape species in the world. These are split into two groups, namely the Great Apes and the Lesser Apes.

For the most part, you can find apes deep in the jungle or up in the mountains. They prefer these areas for ample food and protection. Mostly, they live in groups known as tribes led by one alpha male. Family groups can have 30 or more members.

Commonly, they feed on plants, fruits, and bark of trees. However, as omnivores, they also hunt animals depending on size. Also added to their diet are insects and birds.

Their population in the wild remains stable thanks to conservation efforts, though some species are extinct. 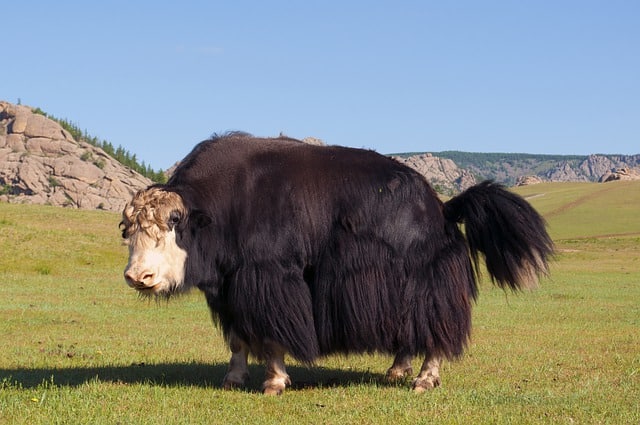 Yaks are domesticated three-letter animals. Mostly, they enjoy living in the Himalayan regions. On the northern part of the Indian subcontinent, these creatures play a crucial role in human survival.

First glance at these creatures can be shocking due to their large frame. They’re built to withstand the harsh conditions in that part of the world. They eat grass and wild herbs in the region.

All in all, their numbers remain steady, with over 14 million creatures living today.

Not many people know that bats are mammals. Today, there more than 1200 bat species in the world.

These nocturnal creatures enjoy living in colonies. The largest colony in the world has over 20 million bats living together in the Bracken Cave.

However, it’s worth noting that some species prefer living solitary lives. For the most part, these three-letter animals eat fruit, nectar, small animals, insects, and even pollen.

As omnivores, their diet is widespread. Also, they cover vast areas in search of food.

Commonly, they are polygamous. Though some species are extinct, the remaining ones have stable numbers. Some predators that eat bats include snakes, owls, and hawks.

Among animals with cool three-letter words are the emu. Emus come second after ostrich in terms of large bird species in the world.

Today, there are more than 725,000 that live out in the wild. Though they are found in numerous zoos globally, they originate in Australia.

Emus are flightless birds that can walk long distances in search of food and water. They enjoy eating insects and plants.

One interesting trait is that they can live for some time without drinking water. Also, it’s good to note that the males incubate the eggs.

With vast numbers living in the wild, they don’t feature on the endangered animal list. However, they have some predators. The top ones are eagles and dingoes. 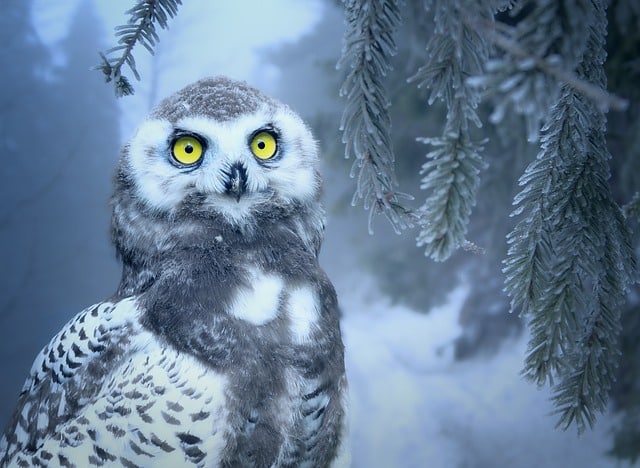 Owl is a cute three-letter word bird of prey. It’s among the top animals with vast numbers of species reaching 200 in total.

Like most vast species, they are spread across the world. You can find owls in the deserts, mountains, forests, and grasslands.

Usually, like other birds of prey, they eat small animals and insects. Preferences are mice, fish, other birds, giant insects, among others. As for living arrangements, owls are solo creatures.

Usually, they enjoy a solitary life out in the wild, only coming together for mating purposes. The rest of the time, they defend their territories fiercely from one another.

These three-letter animals aren’t in immediate danger of extinction though some species no longer exist. Some people hunt them for feathers and sport.

Koi are beautiful three-letter animals that live in water. These fish types are common in most home aquariums. People keep them for ornamental purposes thanks to their bright colors.

Initially, Koi are from East Asia and are pretty popular in Japan. They enjoy living in parts of the world with cold water. There are about 100 known species of varying sizes, patterns, and colors.

In terms of food, wild Koi live on an omnivorous diet. They feed on algae, dead animals, insects, and plants. They prefer to live in schools finding safety in numbers.

With regards to reproduction, females spawn, and males fertilize the eggs they lay. There’s no telling how many Koi are in the world, but numbers are enormous.

The oceans carry lots of unique animals, including some with three-letter animal names like eels. There are over 780 species of eel in the world. Though most people know of the electric eels, there are many more in the open waters.

Eels are longer than regular fish and look more like snakes. They can swim well and often even move backwards when they need to. While some species are found in shallow waters like rivers, some prefer the deep blue sea.

Regarding feeding habits, eels are categorized as carnivores. They feed on animals such as smaller fish, worms, mussels, lizards, and frogs.

However, even as carnivores, they can become prey to others. Large birds and fish enjoy feeding on eels. Also, some mammals head to the water to hunt them like raccoons.

And, while even people enjoy eating eel, their populations remain high across the world. 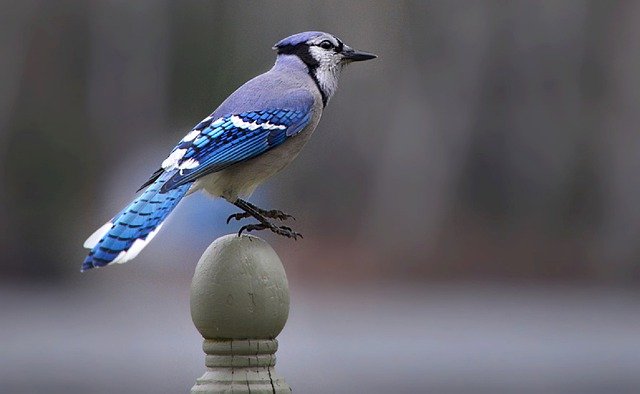 Bird lovers know all about the Jay. It’s among the beautiful three-letter animals you can check out. Popularly known as the Blue Jay, this bird lives in eastern parts of North America.

Usually, jays enjoy living in smaller flocks. They build their nests in high places and are known to defend them fiercely. Often in the wild, they eat fruits, nuts, and small insects. However, they also enjoy eating out of bird feeders.

In regards to their popularity, many people love Blue Jays because they are naturally curious. Chicks are known to play with different items. Also, they don’t fear living next to human beings.

However, they are prey to several animals. Owls, crows, snakes, raccoons, falcons, hawks, eagles, among others, hunt jays. Still, with 13 million and above living in North America, they don’t feature on the endangered list.

Did you know that the lovely wild beasts of East Africa are also known as Gnu? These three-letter animals form one of the most extensive animal migrations in the world. They attract lots of tourists to that region and are among the most populous animals in the world.

Gnus are social creatures that live together in large herds. They enjoy the grassland habitats of East Africa, where they feed on green grass.  The most common predators in this region include cheetahs, lions, wild dogs, hyenas, and leopards.

Ewt is a member of the salamander family, most commonly known as a newt. It enjoys living in both forested and aquatic areas. Today, there are over 100 species in records populating all continents apart from Antarctica.

Though the adult ewts prefer living in terrestrial areas, they always breed in water. They eat slugs, worms, and insects. However, they fall prey to fish, herons, snakes, and foxes.

Species vary in population, but they remain pretty standard in the world. 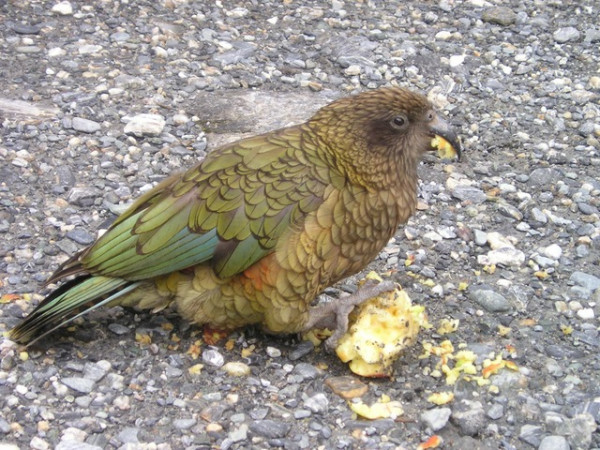 Bird species that make up three-letter animals include the Kea. They fall in the category of animals with three-letter words ending with a.

It’s a more prominent member of the parrot family that resides in forested parts of New Zealand. Usually, one male lives with several females in the wild.

Like many other birds, Kea enjoys an omnivorous lifestyle. It can eat berries, insects, small fish, nuts, and many more foods.

Out in the wild, the main predators are cats, stoats, and possums. Before 1970, the bird was widely hunted by farmers when the government had a bounty on it.