While every organism has its benefits on the ecosystem, others have more effect than others. Today we look at sharks. How do sharks help the ecosystem? What would be the effect of their absence?

Sharks are undoubtedly the top predators of the ocean. Their species vary widely, with scientists estimating that there over 500 different species of sharks. This variation in species means that sharks are not just different in size and shape, but also their dietary patterns and behaviors.

They also occupy a wide range of ocean habitats meaning that their impact is spread across different ecosystems. This interconnectedness across food-web systems underscores the relationship between sharks and the ecosystem.

But with their populations declining over the last few years, there is cause for worry. If nothing is done to stop the decline in shark populations, we will be eliminating a central cog in the sustainability of a healthy ecosystem. We should be concerned about living in a world without sharks.

What do sharks do for the ecosystem? What would their absence mean?

How Do Sharks Help the Ecosystem: 7 Ways How 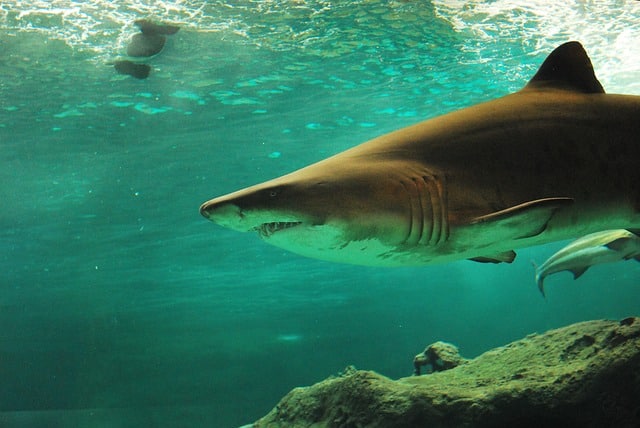 Sharks are considered apex predators. This means that most of them exist near or at the top of the food chain. Therefore, they play a critical role in regulating the population and health of other animal species below them – which they prey on.

Sharks also strengthen the gene pool of prey animals by limiting reproduction among or with weak animals. They ensure that only the fittest survive and can multiply. This is good for the sustainability of the ecosystem.

By eliminating vulnerable prey animals, sharks create a situation where there is more food for healthy prey animals to thrive. So removing sharks can significantly affect the quality and health of the food web. This is because their actions don’t just affect the prey species alone.

There is a cascading effect throughout the food web that can greatly impact even the smallest marine life communities. Therefore, in the long run, sharks help the ecosystem by aiding the growth of healthier prey.

As apex predators, their diets are quite diverse. This means that sharks do not just monopolize a single prey species.

They can switch between prey species easily when certain populations are low. This gives the different prey species time to reproduce and persist.

In the same way, sharks prevent a single prey species from monopolizing a particularly limited resource. This helps to maintain the balance of biodiversity. Keeping the population of the prey species in check also affects the balance of the other animals below the food chain.

If the prey species are allowed to multiply unchecked, they will cause harm to the ocean ecosystem. And, without sharks in the ecosystem, there is a strong likelihood of uncontrolled predation of some species by other predatory animals.

The sleeper sharks in Australia illustrate how sharks help the ecosystem by preventing uncontrolled predation. Sleeper sharks in this area prey on harbor seals. On the other hand, harbor seals have two chief prey species; the walleye pollock and the Pacific herring.

The sharks usually intimidate the seals away from the deeper waters preventing them from over-eating pollocks. If the sharks are removed, the seals may hunt the Pollock to extinction. This clearly answers the question; why are sharks important to the ocean ecosystem. 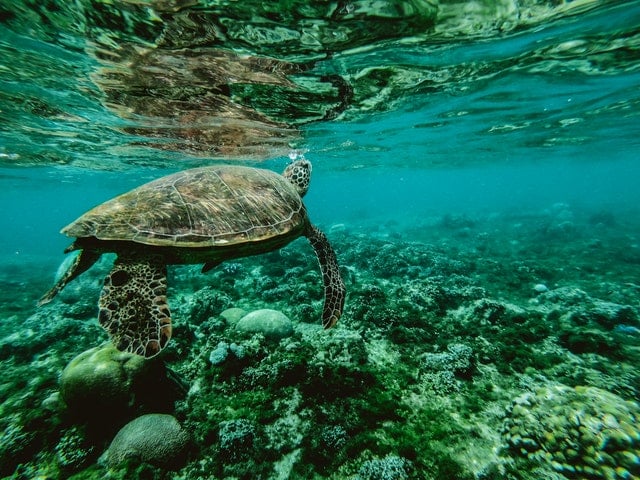 Sharks indirectly keep the seagrass meadows and other vital habitats healthy. Without them, these habitats would be greatly decimated by other marine species.

As noted above, sharks force their prey to change their habitats and feeding strategy. This, in turn, affects the survival of other organisms below the food chain.

Tiger sharks, for example, play an important role in regulating the behavior of one of their prey species – the turtle. In Hawaii, they prevent turtles from overgrazing seagrass meadows.

Left alone, the turtles will only feed on the nutritious seagrass found in a single region. With time, they may overgraze and destroy this vital habitat.

But with the presence of tiger sharks, the turtles are forced to move regularly to avoid being eaten by the sharks. They move elsewhere, reducing pressure on a single habitat. By redistributing the grazing patterns of turtles, the tiger sharks help to keep seagrass beds healthy.

The same happens in Shark Bay, Australia. Tiger sharks help to redistribute the grazing patterns of both turtles and dugongs. Dugongs love eating the high-quality seagrass at the center of large grassy patches.

On the other hand, tiger sharks also like patrolling these areas. But to escape from tiger sharks, the dugongs are forced to move and feed on the lower quality seagrass that is found at the periphery of the grassy patch. 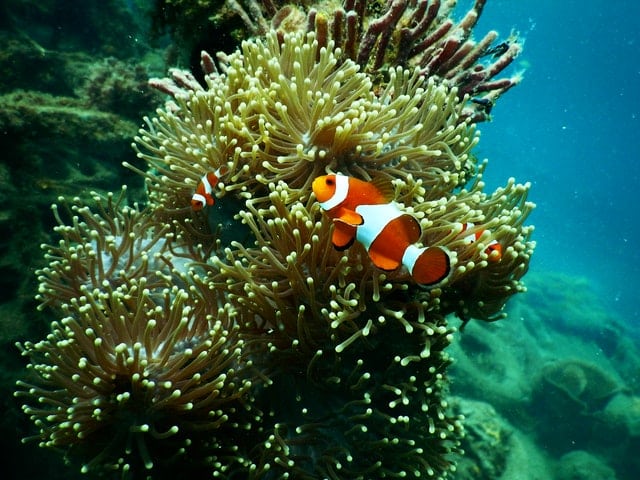 Coral reefs are vital to the ocean ecosystem’s balance because they are home to a quarter of all marine life. They are among the most diverse ecosystems on earth, comparable only to rainforests. And sharks are central to the stability of coral reefs.

Here’s how sharks contribute to the ecosystem around coral reefs.

They regulate the population of predatory fish like groupers, which prey on herbivorous fish. If groupers overpopulate, they will feed on the herbivores, significantly reducing their numbers.

These herbivorous fish feed on algae. So if their numbers are low, they cannot eat a lot of algae. As a result, the algae may overgrow and suffocate corals.

The coral reefs of Jamaica are a good example. Over the past few decades, sharks in Jamaica have reduced drastically. This has led to a dramatic increase in small herbivorous fish. As a result, the coral reduced to less than 5 percent by the turn of the century.

The population of bivalves also shows how sharks help the ecosystem. Bivalves serve as the ocean’s filtration system by feeding on the phytoplankton they filter from ocean water. However, their population is threatened by Cownose rays.

If the Cownose rays are left unchecked, the ocean’s filtration system will be affected. Sharks hunt these Cownose rays helping to regulate their population.

This can perfectly illustrate the effects of shark culling on the ecosystem. Intentionally reducing the number of sharks have more negative effects on the ocean than we can comprehend.

So, how do sharks affect the ecosystem? This is one major way how!

5. Maintaining the Carbon Cycle in the Ocean

Carbon is a crucial element in the life cycle. It is important not just for the stability of ocean ecosystems but also for the entire universe. And because oceans are the world’s biggest carbon sinks, they play a vital role in the carbon cycle.

But how do sharks help the ecosystem in maintaining the carbon cycle?

Well, seagrass beds and other marine plants absorb and store billions of kilograms of carbon. However, as mentioned before, sea turtles and other herbivores pose a great danger to seagrass. In the absence of sharks, they can decimate entire seagrass meadows.

If these seagrass meadows are destroyed, more carbon is released, severely impacting oceans and making them more acidic. Acidic oceans pose a threat to marine life.

Destruction of seagrass meadows also limits the amount of carbon that oceans can absorb, accelerating global warming. So maintaining a stable carbon cycle is part of what sharks do to the ecosystem.

In addition, big sharks like whale sharks store significantly high amounts of carbon in their bodies. And when they naturally die, they sink to the ocean floor and become food for scavengers. This recycles the carbon.

Sharks also help to recycle carbon in the ocean by consuming the dead matter in the ocean. Therefore, interfering with the whale sharks’ ecosystem disrupts the carbon cycle. 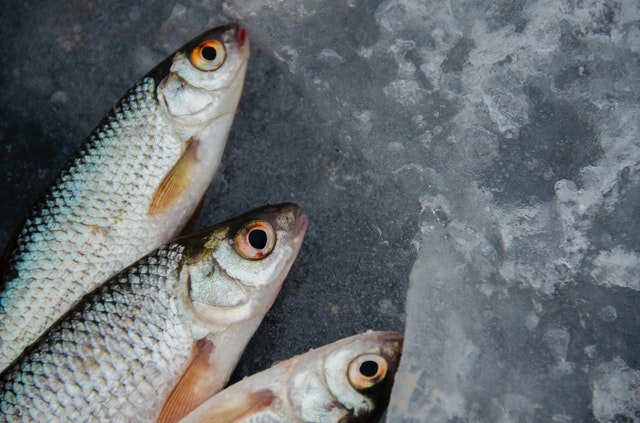 Another way that sharks help the ecosystem is by regulating the distribution and diet of predators that threaten edible marine species. Over the past century, there has been a steady decline in the number of great sharks.

The few that are left can no longer effectively play their role as apex predators. As a result, their prey, such as cownose rays and skates, has increased by over 10 times, something that has created a negative effect down the chain.

The lower predators that have increased have greatly decimated the populations of edible marine life. For example, in North Carolina, the decline in shark population has led to a boom in the population of cownose rays.  These rays have consumed most of the shellfish in the bay, confirming the shark’s ecosystem importance.

Another species of bivalve called quahog is also in serious decline due to predation. Quahog is a key ingredient of clam chowder, an American classic food. This means that restaurants can no longer offer the dish. The disappearance of these edible species is just one indication of sharks’ role in the ecosystem.

In addition, without sharks, coral reefs are also not safe. Remember, coral reefs are home to some of the world’s largest reserves of shellfish. It is estimated that healthy coral reefs can provide up to 150 tons of seafood per square kilometer. Protecting coral reefs shows the extent to which sharks help the ecosystem.

7. Supporting Eco-tourism and Funding for Ecosystems

Millions of people worldwide take part in marine eco-tourism, making it one of the largest tourism sectors. Marine tourism provides an important opportunity to get sustainable funding for the conservation of marine ecosystems.

One of the major drivers of this increasing demand for marine eco-tourism is sharks. The fascination for sharks is very popular in many countries like the Maldives, Bahamas, Fiji, and South Africa.

Shark-diving alone is a cash-cow for many countries. For example, in Australia, shark diving tourism injects approximately 25.5 million USD into the economy every year. The same is happening in Fiji and Indonesia.

Apart from boosting local economies, some of the revenue from shark tourism has been channeled to boost conservation efforts. This has created an economic incentive to protect and sustain marine ecosystems and not just the shark ecosystem.

Countries across the world have now started monitoring their oceans. This shows that the benefits of shark tourism have a cascading effect on the entire ecosystem.

Many countries are also reaping billions of dollars from reef-related tourism. Sustainable reef management, where sharks also play a critical role, provides complimentary income resources for hundreds of countries. This abundance of resources from ecotourism just goes to emphasize how sharks help the ecosystem.