If you are a lover of animals you will love this fact-based article on the most majestic animals in the world, the Lion.

Introduction to the Most Majestic Animal in the World, The Lion

Most people probably do not know that the lion is an endangered animal. This article brings to light for the reader the following lion types and some interesting facts and about what types of lions are there in the world today. 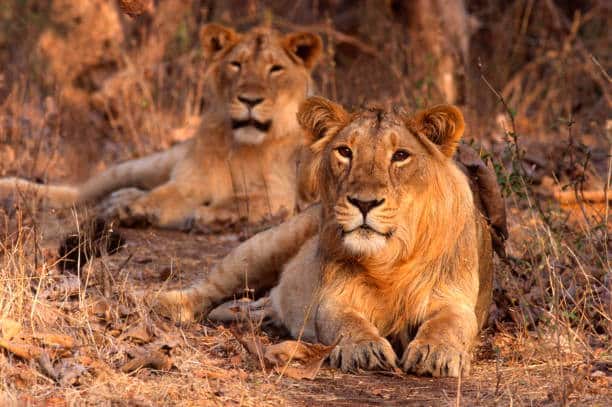 This lion is the rarest in the world today.

One lion species stands out as the Panthera Leo. The two subspecies breeds of lions are said to include the African lion or Panthera Leo and the Asiatic lion. The following is the list of lions in the world.

There are several likenesses in all types of lions such as, all breeds of lions, like the Asiatic Lion, live in a pride. They are all close-knit and affectionate to one another. They all raise their cubs in the same manner and the lionesses are the hunters in all species. The differences come in the development of the fur and color of the fur. The height, weight, length, fur type and color may differ a bit from species to species.

The scientific name for the Asiatic Lion is Panthera Leo Persica. This animal is a meat eater that lives to the age of at least 16 or more years. This majestic animal reaches 300 to 500 pounds, and its size is comparable to a six-foot man. The male lions develop stately manes around their head.

The Asiatic makes its home in the sub-Saharan African domain, while a few others of the same species are found in India’s Gir Forest. Those found in the Gir Forest are heavily protected due to being at a high risk of extinction. There are only a few of these types of lions left in the wild.

These species of lions also live in family unit groups known as a pride. Prides host up to twelve or more related females who work together on hunts. There may be up to three males, including all the young. The males defend their territory and mark their territory with urine. As the young grow, they may leave the unit and find their own pride.

2. The African Lion and Lioness 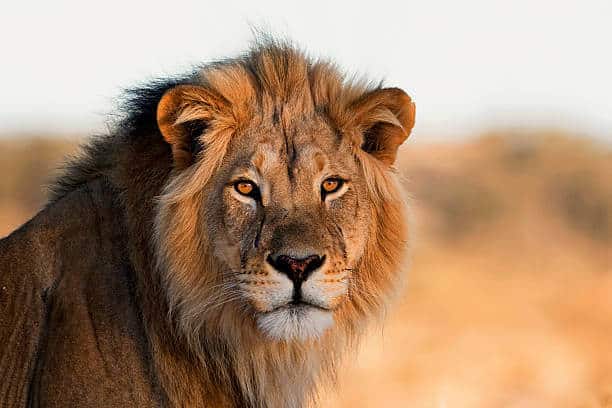 These lions have a lot going against them to live healthy and joyeous lives in their wild habitat.

The scrub, open woodlands, and grasslands in central and southern Africa are home to the African Lion and Lioness.

The African Lion is the second largest lion in the world. The male lion has an impressive, long, busy mane of hair covering the head and neck. This bushy hair serves as protection to the head and neck when the males are fighting. The general colors of this lion are a mixture of brown hues, combined with golden and blonde hair.

These types of lions, like their cousins, live in family units called prides. They call each other by roaring. Their roar is said to be heard at least five miles away. The African Lion and family members are affectionate with one another.

These lions enjoy touching, purring, licking, and head rubbing. An interesting fact is that a male will stay within their pride for three to four years and leave. The female remains with the pride as they age.

The female and male mate throughout the year and the gestation time for the lioness is three months. Females produce three to four cubs.

The African Lion and Lioness subsist on meat as their primary source of diet.This lion relies on meat from zebras, warthogs, antelopes, and other large prey. This lion enjoys hunting primarily at night but, on occasion hunts during the daylight hours. These animals have great night vision.

Both the male and female lion’s lifespan is 8-years to 15-years. The female generally lives longer than the male. 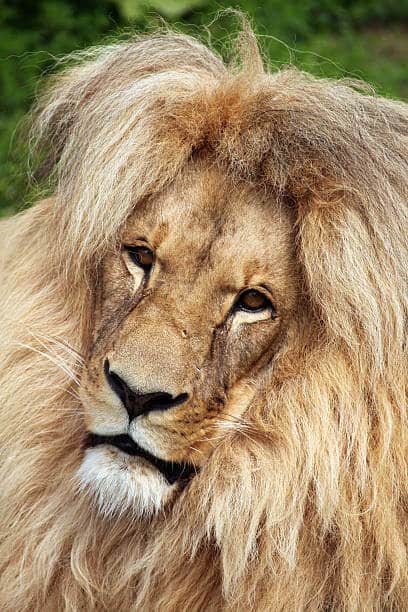 These lions are one of the largest lion species known.

One of the largest lion species is the Katanga lion or Southwest African Lion. This lion makes its home in several different areas such as,

These types of lions are designated as truly the King of the Jungle. This lion makes its home in family units or prides and work hard to protect their family’s pride. They have a distinctive mane of hair around the head and neck. It is the female lioness of the family that does the hunting. When the cubs reach a year of age, they are taught to hunt. Meat sustains these lions, lionesses, and their cubs from kills made on warthogs, zebras, and antelopes. 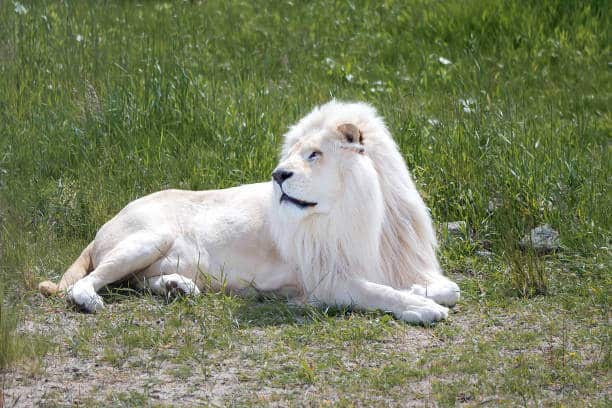 Anyone with a heart for wildlife, especially the lion community would feel their heart breaking for the White Lion and what they must endure.

The story of these majestic creatures is a sad story to those who love these animals. Hearts go out to each White Lion who can no longer be free to roam or at least be protected in a secure natural environment. White lions in the wild are searched for with the primary goal of protection and security to these types of lions.

The species of Panthera Leo has a rare genetic offspring called the White Lion. Scientists found a recessive gene in this species. The White Lion makes its home in only one place on earth, the Timbavati and Kruger areas.

However, in current times, White Lions are mostly found and held captive in zoos and circuses worldwide. There are too many zoos and circuses that do not take the best care of these lions, thus many suffer at the hands of their keepers.

As far as White lions being at high risk for extinction, some scientists attest to this fact while other scientists claim this totally fictional. Most agree that there is a lot of misinformation in the public realm regarding the White lion.

Hunting of these lions within our borders is illegal. However, hunters find loopholes. Individuals commercially hunt these majestic animals in their natural habitat or speed breed them in captivity only to become victims of the Canned Hunting arena.

Due to these circumstances, less than two dozen White Lions are roaming free in their natural habitat. There are hundreds more living in captivity.

Lions are the color they are to hide in the tall grasslands. However, this is not so for the White Lion, as they really stick out and do not hide well in their natural environment from predators and hunters.

Zoologists for a garden zoo in Italy find that the White Lion females do not do well breeding in captivity. Cubs are either stillborn or have a low survival rate beyond the first month. Many of these cubs are born with deformities and abnormalities of physical or neurological orientation. 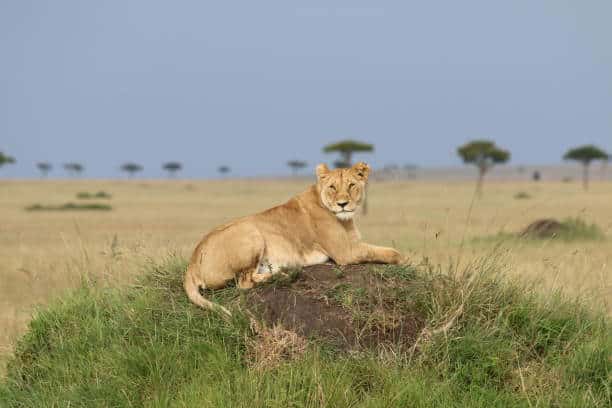 The Masai lion, also called the East African lion or Panthera leo nubica, is a lion species found in eastern Africa or Nubia.

These types of lions have the ability to adapt to their environment at high or low altitudes.

These types of lions have been described as having longer legs and their bodies are less stocky or plump. Their backs do not appear as curved as other lion species. The males have tufts of fur on their knees. While the males have manes, they are not as full and look like they are backward combed.

The manes appear more incredible as the lion ages.

It all depends on the altitude of the habitat of the this lion because the higher the habitat is, the fuller the mane becomes. The lower the habitat, such as in northern Kenya, where the climate is more humid and warmer, their mane is not as full. Sometimes the manes are entirely absent. 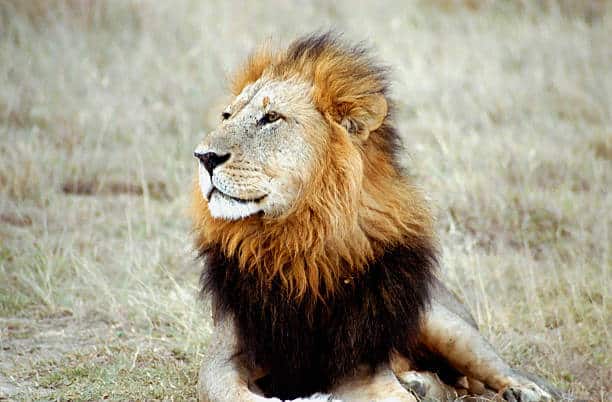 In 2012, scientists discovered that this lion species may be the last of a sub-species of a lion called the Abyssinian lion. These species are smaller, stocker, and have longer manes that continue under the torso and along the belly. DNA samples of this breed were taken, and it was discovered that no other lion species have the same DNA. This was a published article in the European Journal of Wildlife Research.

These lions are found as a desendent from the original five male and two female lions in 1948 at a private zoo. The zoo owner Emperor Haile Selassie claimed that the lions originally came from southwestern Ethiopia. Scientists are in search of similar species populations in the wild.

The lions reside in captivity in a small animal park in Addis Ababa, Ethiopia. Unlike most lions, this species is shorter, and the males have distinctive black manes. The manes extend from the shoulders to the stomachs. These lions also carry a unique and rare DNA.

Research teams believe these types of lions need further conservation efforts after the team ran 15 DNA tests on 20 of the zoo’s lions. The results showed that their DNA was distinctly different than other African lions. The remaining five lions were not tested due to their young age. DNA results showed,

Researchers all believe that their genetic heritage should be preserved as much as possible. All believe these lions are a one of a kind breed. A preservation program is in the planning stages.